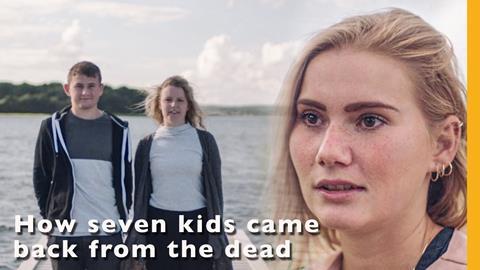 Met the remit of bringing younger, underserved audiences back to the BBC

“Creepy”, “funny”, “subtle Scandi-noir” are just some of the ways the judges described this intriguing story of seven children who died for two hours before coming back to life. The action centres on a Danish school trip in 2011, when a group of children fell into ice-cold water and ‘died’. In the largest known case of its kind, all seven survived.

Filmed on location in Denmark, the survivors share their story with director Naomi Austin – who first contacted the doctor involved after looking into cases of people travelling across the life/death barrier. The £10,000 film has had more than 2.8 million social and website views and has been cross-shared by at least five platforms on Facebook, including BBC Stories, BBC Lifestyle & Health and the BBC Homepage.

On its YouTube channel, the film achieved an extremely high engagement and retention rate of 46%. By capturing 41% females aged 18 to 34, Life After Death also met the remit of bringing younger, underserved audiences back to the BBC.

One judge said Life After Death was “the standout entry” due to its great access, brilliant use of budget and the fact that it left them wanting more. Another praised the film for its “digital feel” and “bite-size nature”, which made it easy to finish satisfactorily on a mobile during a commute.

You Match The Description: Stop And Search, BBC Stories for BBC3