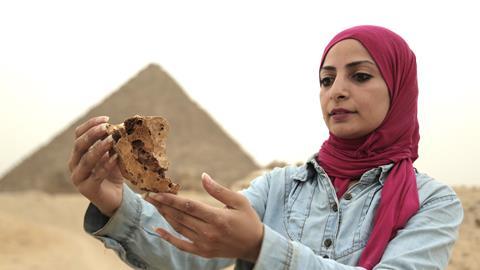 Secrets of Egypt’s Valley of the Kings, Channel 4

Archaeology series are normally commissioned on the strength of an exciting new discovery – but we opted to take a fresh and dynamic, character-led approach, says Gwyn Williams 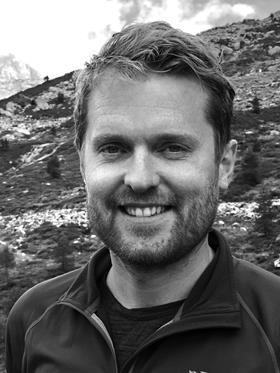 When we began working on this show, we set out to make a very different type of archaeological series. Using the Valley of the Kings as our precinct, we wanted to approach archaeology in an observational and dynamic way.

It needed to be character-led, but also had to retain the rigorous detail of a specialist factual series.

From a programme-maker’s point of view, our approach felt a little crazy: to make this series we would need to turn the usual model on its head. 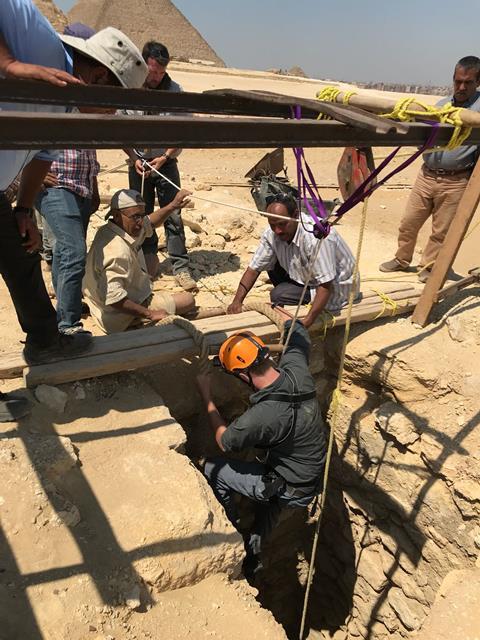 Archaeology shows are usually commissioned on the strength of a specific new discovery or theory and then you find the best characters and sequences to tell the story.

This conventional approach gives confidence and guarantees each episode’s content. It also helps mitigate two of the trickiest challenges of filming in somewhere like Egypt: the cost and the permits – both of which can be controlled by a detailed shooting script and efficient planning.

We would need to tackle our series in the opposite fashion. We had no shooting scripts, so first we would have to find great characters among the archaeology teams and then gain access to their field work.

Then, only once filming was under way, would the thrilling moments of discovery dictate the direction of our story and the central mystery of each episode. 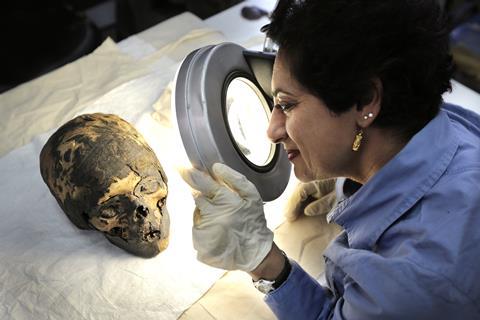 To give ourselves the best chance of success, we began by hitting the phones. We needed to pinpoint the best people and locate the sites where discoveries were most likely to be made. Then, to really make this observational approach work, we followed the archaeologists across an entire dig season.

The team spent four months embedded with the archaeologists – experiencing the highs and lows of the season alongside them – living and working in intense heat, battling desert storms and descending into deep tombs and burial shafts.

Windfall Films has been working with the Egyptologists for years, so our existing relationships helped greatly. They realised that we understood the importance of their short field seasons and could be trusted to tell their story.

Building good relationships enabled us to capture some truly candid moments and also helped our contributors enjoy the process. We set up our production office at a hotel in Luxor. This is where we would tackle the difficult storytelling challenge. 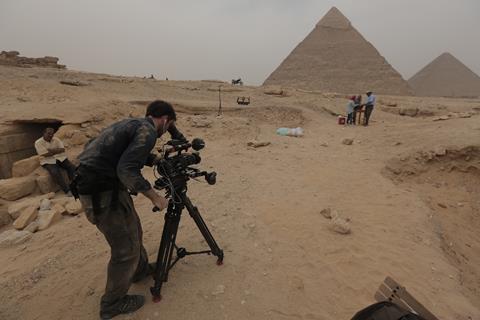 We kept regular, sometimes hourly, contact with each team in the field. It was good practice from a safety point of view, but also allowed us to feed through crucial information and research that helped to focus the story.

The field of Egyptology is so vast that meticulous research was needed to understand the relevance of a discovery.

Sometimes the archaeologists might get wildly excited about a newly uncovered artefact and we needed to make sure they could explain to the audience why it was so critical to understanding a particular period of Egyptian history.

Gwyn Williams - My tricks of the trade

Filming was demanding, requiring long periods of time in Egypt and regular changes of plan as new stories developed. We also had to constantly assess the security situation, particularly around the country’s election period.

The series was only made possible by assembling a team of massively talented and tireless people, who were all committed to the idea behind the project.

Despite our daily planning, we knew that some major decisions on structure and story placement within episodes would also be made in the edit. The time on location spent writing detailed story logs and then having every roll transcribed paid dividends in post. 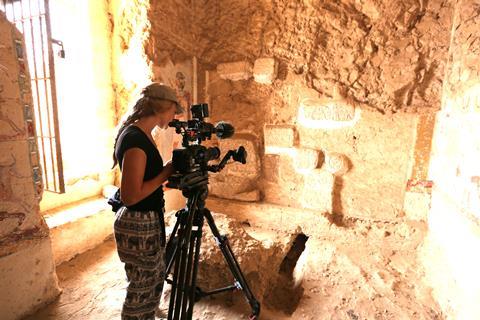 Graphics helped us visualise important historical context, bringing to life key characters and events. Usually we would write and commission these at the same time as filming.

With this series, we couldn’t risk green-lighting expensive graphics until we knew how a story would play out and exactly where it would fi t in an episode. The tight turnaround caused some headaches, but waiting until the edits shaped up gave us an opportunity to tell a richer story.

Our approach to making the series was challenging, but paid off, and we achieved our aim of taking a fresh look at a well-trodden area. Our team captured a host of breathtaking moments and shared the real emotional journey of the experts as they made career-defining discoveries.

BATTLING THE ELEMENTS FOR THE PERFECT SHOT 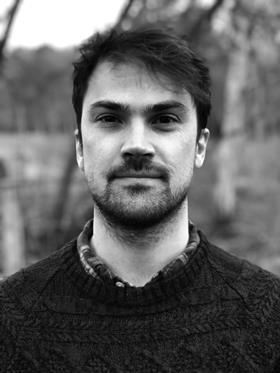 Keeping kit in good condition was a big challenge during shooting. We filmed on the Sony FS7 MK II with a variety of workhorse Canon stills lenses to strike the right balance between image quality, practicality and durability. However, despite he crew’s best efforts, kit still went down.

Capturing desert sandstorms and being at the bottom of newly excavated burial shafts was all part of the brief, so the risk of dirt, grime and sand jamming up equipment – not to mention bumps and bangs from crawling inside 4ft-high tombs – was perhaps inevitable. 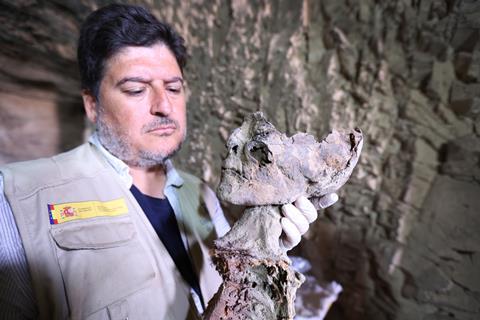 The FS7 generally coped with regular cleaning and maintenance; it was the lens adaptor that threw up the biggest issues as it struggled to do its job connecting the Sony camera body with the Canon lenses. It’s perhaps worth considering native lenses to eliminate this weak link.

In addition to shooting the unfolding action and spontaneous discoveries made by the archaeologists, it was important to capture the beauty of the environment in which they worked. Each crew took out a slider and a mini jib to try to do the locations justice.

However, the sliders suffered. On the uneven terrain and in the dusty air, they soon became lumpy and the shots became unusable.

The jib, on the other hand, became a vital tool. Not only did it capture more interesting establisher shots, but it could be quickly positioned over the top of burial shafts. It allowed us to get the otherwise impossible angle of looking directly down. This was key for capturing action in many scenes across the series.

A word of warning, though. Self-shooting crews should check the jib comes with a tripod with adjustable legs when filming in uneven locations like this. A rogue, non-adjustable tripod that made its way to Egypt meant one AP had the arduous task of levelling their shots up using a variety of different-sized rocks.