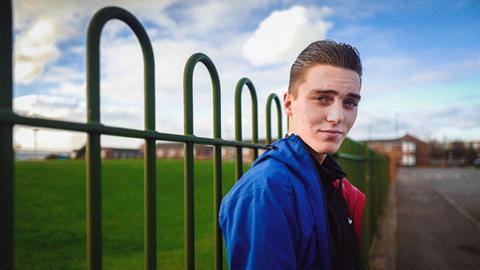 We wanted to make a doc about a working-class town, told through its youngsters, and which went beyond the stereotype

The first thing you notice when getting off the train at Redcar is a series of photographs on the wall of the platform. They are simple, elegant, black-and-white portraits of people from the town, people of all ages and walks of life.

The pictures are welcoming and warm, real and honest, and show confidence and pride in the town. They also urge visitors to take a proper look at them, and there are clearly stories behind the images.

You know immediately that this is a place where you’d love to make a documentary series. 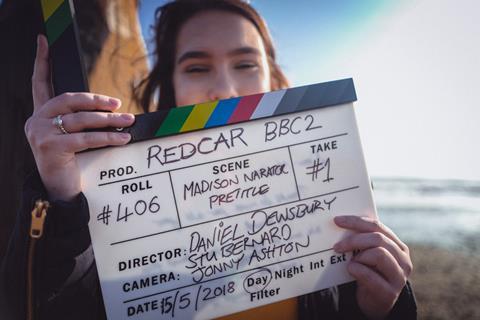 The idea for The Mighty Redcar came about almost two years ago, when 72 Films was a fledgling fi rm and beginning to talk to commissioners about ideas.

More than anything, we wanted to make a series that celebrated real life, normal family relationships and, in the wake of the Brexit vote, that tried to understand why some parts of the country were feeling isolated and that they had no voice.

Redcar’s steelworks had recently been closed with the loss of thousands of jobs, and there was a sense in the town that things were not going to get better any time soon. We began thinking about making a series about the town, and how it was going to recover.

Then we found a clip from CBBC Newsround, where the reporter asked a classroom of school kids whether they had been affected by the closure of the works.

Nearly every hand around the table went up. A young girl got genuinely upset and one lad talked about being worried they wouldn’t be able to feed their dog. What was happening to the town was heartbreaking. 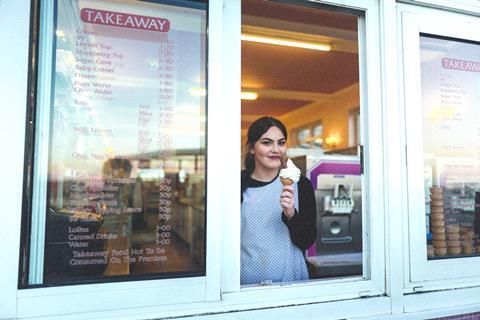 It became obvious that the focus for our series should be the huge change in the way this town had worked for more that 100 years.

Young people would normally have left school with a guaranteed job in the steel industry – that was no longer the case, and we wanted to see how the older generation were helping them navigate the difficulties.

Developing the idea, doing research and asking people to take part was initially difficult, as we were met with suspicion. Redcar, and the Cleveland area more widely, felt they had been unfairly portrayed by the media and TV documentaries in the past.

But our brilliant team on the ground worked with the community to convey their genuine interest in people, and the town began to accept that we might be there for the right reasons – not to point our cameras at deprivation, poverty and dysfunctional relationships, then run back to

London to give it a loud title and put it on TV. We were going to be there for the duration, to try to really understand the town and our ambition was to make something much like the portraits at the station – warm, inviting and important.

John Douglas - My tricks of the trade

How the series looked and what stories it told became, like the future of Redcar itself, in the hands of the young people we found: Dylan is a rapper with a dream to make it big in order to make enough money to bring his younger brother out of foster care;

Kaitlyn knows it will break her mum’s heart if she leaves Redcar, but that she will have to in order to succeed; Jess is an apprentice mechanic who only wants to make her dad proud; and James is a lad with great hair but a chequered past, who is trying to turn his life around.

It became obvious that this should be their series, not ours. Our narrator is Madison, a 17 year-old whose family has lived in Redcar for generations, and our script consultant is Jacob, a young poet and playwright who has lived in Redcar all his life. 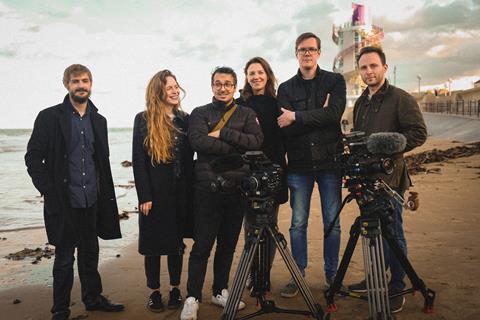 I hope that the series recognises that in a town like Redcar there is skill, positivity, ambition and bags of talent – but often not much opportunity. We wanted to acknowledge all of this in our documentary, not just focus on the difficulties, pluckiness, nostalgia and generally stereotypical view of working-class communities.

In cutting the films we realised that although the stories might not always be hugely dramatic, they don’t need false jeopardy or commentary to make them feel important. The films are honest, true and matter to the people in the series, and we hope they will matter to the audience as well.

The town has been incredibly supportive of us. The residents opened up and allowed us to show that although Redcar is far from perfect, it is their home. It is somewhere to love and be proud of, and it deserves to be heard. 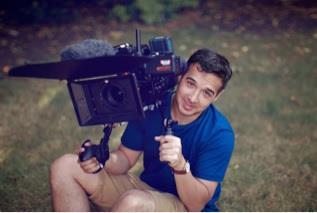 I remember coming to Redcar for the first time in February 2017. The thing that struck me and the team was that its people were understandably sceptical about the idea of a documentary being made here – especially one about the young people.

We initially focused on reaching out to as many people as possible, which resulted in hundreds of conversations with locals. The number one goal was to find the individuals with stories that we felt portrayed the place as honestly as we could.

The maturity and focus with which the young people of the town went about their daily lives was amazing to see.

This is when we really started to understand the greater purpose of this film; to show a younger generation trying to work out whether opportunity exists in their home town.

From a stylistic standpoint, I wanted to go against preconceived ideas of how a documentary about a working-class town might look. Fellow PDs Stuart Bernard and Jonny Ashton and I wanted it to be as filmic as possible – Redcar is genuinely a visually striking place.

When it came to the edit, Sam Santana and Sam Bergson did a spectacular job at letting each contributor tell their own story.

All this, paired with the colourful grade by Dan Gill at The Farm, and the vibrant soundtrack, helped by Tristan Powell, hopefully gives The Mighty Redcar a unique doc feel, and one that shows this town as the locals see it.

I feel what we’ve made is unique and that it’s summed up best by a comment at one of the contributor viewings.

A family member shook my hand and said: “You did exactly what you promised you would do, you’re welcome to have a pint with me anytime, mate.” That was hard-won praise and our whole team earned that pint.