What has happened to the role of production managers?

PMs have become increasingly marginalised and the role is far less attractive than it used to be, says Adrian Pegg

I’ve seen a lot of changes during my 40 years in TV, and it comes as no surprise that production management roles are increasingly hard to fill, but why has this happened?

Over the years I’ve seen production management become increasingly marginalised and the job become far less attractive. The nuts and bolts logistics that are a vital part of getting creative ideas to air are given too little consideration now, and often not seen as part of the creative process at all.

This has left some in the industry with the mistaken perception that production management is just a bit of admin and that is incredibly unfair on the people who work hard to facilitate the sometimes crazy notions of the creative brains.

The path through the industry has changed so much that there are now two discrete streams - ‘editorial’ and ‘production’. I have always struggled with this notion, because to me it’s all one thing. It should be obvious that everyone is in it together working to the same end - some have a creative focus and others have a logistical and practical one.

Splitting and separating these equally valuable elements was a big mistake in my view. It has pushed production management further away from the content over the years until in many cases it’s practically invisible, even to the creative team.

It wasn’t always like this. When I started at the BBC way back in the 1980s, production management was truly integral to the making of an entertainment production. This was in a time before productions were made by independents and there were precious few opportunities to get into TV at all.

The BBC had its own ecosystem with staff on permanent contracts and training was built-in. The BBC’s future relied on training and nurturing people so they were capable and experienced enough to produce all the programming needed. A very small production team of just four or five people made the programmes, relying on the BBC’s well-staffed resource departments for everything they needed.

Over time the AFM would become the PM and the PM would sometimes have an opportunity to direct a scene or shadow the producer (there was only one). Production management was integral - we were floor managers, 1st ADs and location managers, as well as looking after the budget, schedule and what passed for health & safety in those days (which wasn’t much).

That grounding in how it all works was invaluable experience. What has replaced all that?

More and more has been thrown at production management over the years, including all the weight of the Covid restrictions, and every time this happens it moves the role further away from the content, making it less attractive as a career.

At the lower cost end of the market it’s worse of course.

Inexperienced people are often enticed with a new title and thrust into a crucial role beyond their experience with little support or training and then left to get on with it. Isn’t it better to make sure there is enough experience in the team to support the needs of the production? Isn’t it better to provide training and encouragement, and pay people rates commensurate with those on the creative side to make it a job worth doing?

A well managed production will save money in the long run and yes - deliver a better product.

So how can this be addressed? I would hope that my creative colleagues could make sure their production management teams are given as much attention as their creative teams and support them equally. Bring the teams back together again and dismantle this divisive ‘production / editorial’ nonsense which is at the root of so many problems. 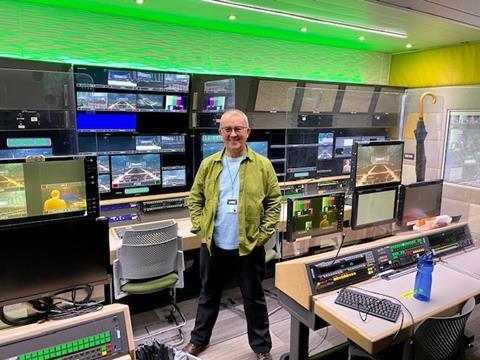 Once everybody is equally involved in creating content, training is provided by default and pay is commensurate, then perhaps production management will become as interesting and exciting as it was when I first started, and perhaps more people will want to do it again.