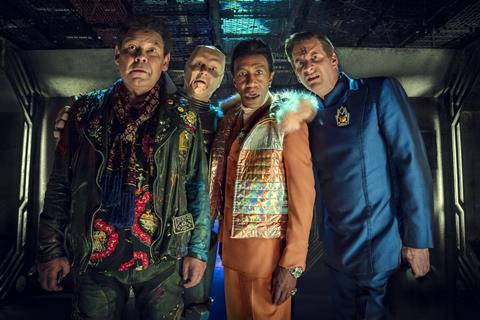 Line producer Adrian Pegg, representing the Facebook employment and support group People Who Are Available For Work In TV, and Benetta Adamson, a co-founder of the influential TV Wrap movement in 2005, have both called on the UK’s biggest broadcasters to step up to help freelancers laid off as a result of cancelled commissions and production suspensions.

Pegg, whose recent credits include the feature length Red Dwarf (Baby Cow/Dave) and The Goes Wrong Show (Big Talk/BBC1), said that “work has entirely dried up for the tens of thousands of people who have loyally supported [broadcasters] for years” and warned: “Many can’t survive and will have to leave the industry.”

He flagged that while the government is supporting companies’ salaried employees, freelancers have no-one to guarantee their income. There are also freelancers who are PAYE but cannot access the 80% guarantee because they have no single employer.

Pegg asked broadcasters: “When you restart commissioning, you will need a workforce to be ready and waiting. So how are you planning to support the hard-working professionals who make the programmes you will once again rely on?”

Meanwhile, Adamson has asked the broadcasters to set up an emergency fund “for freelancers whose work has completely dried up”.

“If broadcasters want a workforce when they do get underway again, then they need to figure out a way of allowing them to survive”
Benetta Adamson

She continued: “[Broadcasters] can, as a body, ask for government support, but they can make this happen [too]. The BBC is continuing to pay its staffers, which is lovely, except some of them are paid a lot. How about taking a percentage of those salaries and diverting them into a freelance fund?”

Adamson warned that if this kind of action does not happen, many freelancers “will not earn this year”. She highlighted that the cancellation of productions has come at the worst time, given that the winter months are traditionally quiet and that freelancers expect to be busy from March onwards.

“If broadcasters want a workforce when they do get underway again, then they need to figure out a way of allowing them to survive,” Adamson said.

“It’s simple really - and it’s vital for them as well as the workforce. The skills they stand to lose are very hard won and will not be easily replaced.”