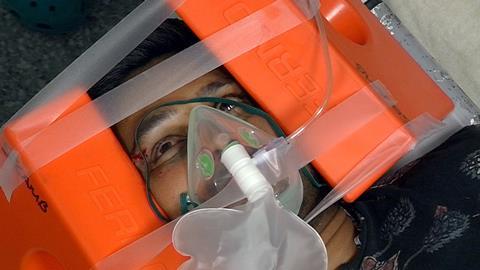 24 Hours in A&E: The Garden series

More than 140 individuals from across the indie sector have come together to implore chancellor Rishi Sunak to extend government support to the freelance community.

An open letter circulated over the weekend, conceived by The Garden chief executive Magnus Temple in conversation with executive producer Simon Ford, has quickly gathered widespread support from the likes of Dragonfly and Blast! Films.

It outlines that British television’s “global success and reputation would be utterly impossible without [freelancers]” and urges Sunak to extend the government’s protection of staff roles to their “uniquely vulnerable” freelance colleagues.

“Many are facing real economic distress and personal hardship at an already deeply unsettling time. Swift measures to bring financial aid to those who have lost income are vital – both on a human level and to ensure that this part of the country’s creative industries stands a chance of recovery once the crisis has passed.”

Those wishing to add their name to the letter should email magnus.temple@thegarden.tv and john.hay@thegarden.tv