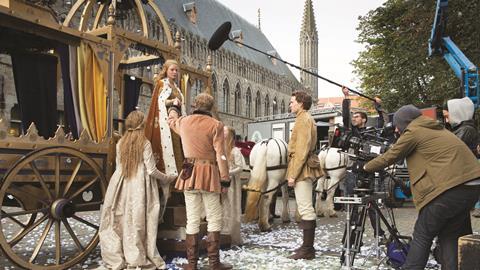 Indies halt re-hiring process due to shift in advice

Freelancers whose contracts were coming to a “natural end” rather than being halted due to coronavirus appear to have been left in the lurch by an apparent change in government advice.

Broadcast understands that some indies have stopped re-hiring then immediately furloughing freelancers after believing that workers’ contracts must have ended due to Covid-19 in order to qualify for the government’s Coronavirus Job Retention Scheme.

Employers had originally thought it could apply to any freelancers who were on payroll on 28 February.

Treasury officials are understood to have clarified the department’s stance on Thursday afternoon (9 April), following two weeks of confusion.

The move represents a shift in the advice delivered by chancellor Rishi Sunak and is extremely unwelcome for this set of freelancers, many of which are in dire need of financial support.

During a Twitter Q&A eight days ago (3 April), Sunak said that if a person was on a company’s payroll on 28 February and then left “for whatever reason”, that business can re-hire and immediately furlough them so that they can receive support from the government of up to £2,500 per month.

Additionally, in a blog for TV Watercooler, Mark Watson, a director who campaigns against poor working practices in the TV industry, noted that HMRC’s Customer Support Twitter account had advised multiple people in this situation they could be furloughed even if their contract had “come to a natural end” rather than been cut short by Covid-19.

Since then, the HMRC Support account has at times been issuing contradictory advice, sometimes telling people they can be furloughed and sometimes saying they can’t.

But as of yesterday (10 April),  trade body Pact had updated its guidance to indies.

Pact’s website confirms that workers can only be re-hired then furloughed if “their contract was suspended due to the impact of Covid-19 with some remaining work still to be done under the contract, and the prospect of returning to complete that work at some point in the future”.

The government’s guidance on those engaged on short-term PAYE contracts states: “Where a fixed term employee’s contract ends because it is not extended or renewed, you will no longer be able claim grant for them.”

But it also goes on to state that if any employee was made redundant, or they stopped working, on or after 28 February 2020, you can re-employ them, put them on furlough and claim for their wages through the scheme.

This has not changed and is also causing confusion.

Super-indies had started the process of re-hiring freelancers then furloughing them for government support but will now have to take a more stringent approach.

Many freelancers were reporting yesterday that indies were rowing back on re-hiring them due to these updated guidelines.

The move could be another blow for TV’s freelance community, many of whom were not on any company’s payroll on 28 February and are already slipping through the cracks.

It is another indication of the size of the challenge facing the government as it attempts to create schemes that support the UK’s 5 million-strong freelance workforce.

Sunak originally said his emergency measures would reach around 95% of the self-employed community but a Film & TV Charity survey last week found that three quarters of film and TV freelancers believe they will not receive support.

An HMRC spokesman said: “[The scheme] is designed to help employers whose operations have been severely affected by coronavirus to retain their employees and protect the UK economy.

“However, all employers are eligible to claim under the scheme and the government recognises different businesses will face different impacts from coronavirus.”