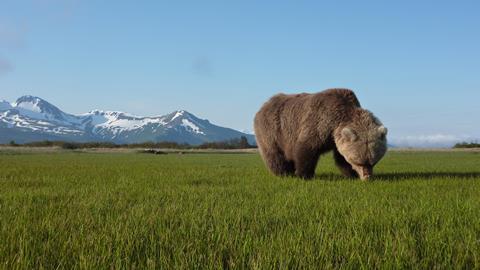 Creating an Uproar about threatened wildlife

The world’s attention is now firmly focused on the fate of our planet as one environmental disaster after another unfolds and hits the headlines. With these catastrophic events comes relentless, large-scale, worldwide habitat destruction that is driving many species to the brink of extinction.

Yet Chris Morgan, a passionate conservationist, bear expert, wildlife film maker and TV presenter who has spent virtually all of his adult life championing the natural world, is confident that by taking action now we can still make a difference.

Two years ago, Morgan and some like-minded colleagues founded Uproar, a global network of people using the power of social media to increase awareness of threats to wildlife and habitats and, crucially, raising money to save them. 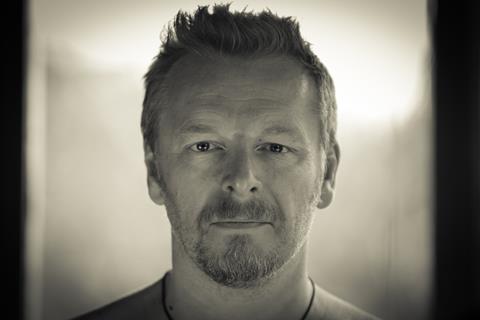 On paper at least, Uproar is a start-up company with a not-for-profit sister organisation, producing content about the wildlife and environment – but in reality, it’s has much bigger ambitions.

The organisation’s mission is to encourage and inspire people to make a difference in the world and participate in something bigger than themselves by watching inspiring content, and then helping the species and wildlife conservationists they’ve learned about by taking action.

Uproar encourages amateur and professional producers from all over the world to submit content, which is then edited by the organisation’s team of editors and producers into fiercely optimistic shorts for social media platforms. In this way, it aims to get as many people as possible actively engaged with our planet’s pressing wildlife and environmental issues.

“Millions of people have mobiles with good quality video cameras and internet access,” says Morgan. “People from all walks of like who have a wildlife clip or story to share can send them to us. We then edit great videos together and share them through the Uproar website and social media platforms.

“You don’t have to be a professional film-maker or wildlife expert to be part of Uproar. There’s a story on every corner when it comes to wildlife, and everyone can be a part of this.”

By creating a sizeable social media following, he argues, Uproar can raise money through donations and other means to directly support conservationists, biologists and scientists working in the field with rare and threated species.

With over 40,000 Instagram followers and over 3,200 subscribers on YouTube, Uproar and its growing fanbase has raised £250,000 for conservation projects and will soon be creating its own original productions.

“We want people to take positive action about wildlife and the environment, it’s our mission,” says Morgan. “The key is engaging everyone about the pressing issues, so, we asked ourselves how do we reach them and how do we help them to create change?” The answer is through the mobile ‘television’ in everyone’s pocket.

“People can see a great little wildlife film, share it with friends, click a button and donate money, or click to sign a petition or perhaps find out who to vote for, to lobby, to know which products to boycott to change things.” 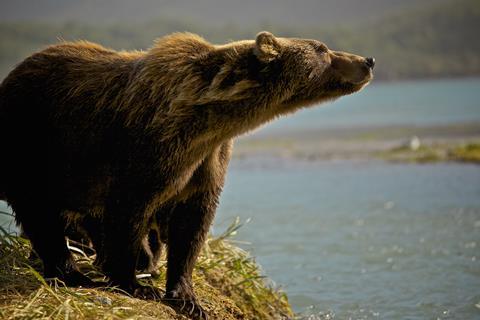 “The time for a Uproar is now,” says Morgan. “The protection of biodiversity on earth is at least as important as climate change and is closely connected; people want to know how to help our precious planet and its wildlife.

“That action has to start with inspiration – something Uproar has set out to deliver in spades. Ultimately, we aim to reach hundreds of millions of people around the world with our content, inspiring them to try to change things, and raise many millions of dollars for conservation every year.

The Uproar team stands at 18 people, including producers, editors, executives and conservationists based in international locations and working together virtually.

Chris’s path to Uproar began in his 20s as a wildlife researcher, wilderness guide, and environmental educator with a passion for bears.

Working with other wildlife enthusiasts, in 2009 he began making BearTrek, a film in which he travelled across Alaska, Peru, the Arctic and Borneo, often on a motorbike, to find out about four different bear species and the scientists racing to save them.

A non-profit venture funded purely by donations, it finally premiered in 2018 and is a project of which he is very proud. It also became a model for Uproar, paving the way for creating what Morgan calls “films that fund solutions”. 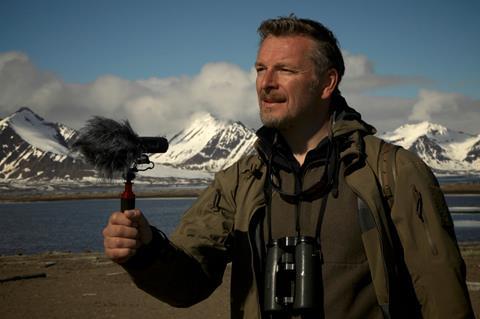 During its making, the bear expert attracted the attention of National Geographic and the US public broadcast channel PBS, among others, and in 2013 he also became a TV wildlife programme presenter, narrator and host.

Throughout his TV career, Morgan has found himself up close and personal with a variety of wildlife including tigers and wolves as well as bears, working on a host of shows, including the BBC and Discovery’s Great Bear Stakeout, narrated by Billy Connolly.

“It’s interesting how the technology of filming changed since we started BearTrek,” he says. “The video and audio equipment is getting smaller and lighter and the quality of the images just keeps getting better.

“These days we’re using small, highly portable Go-Pro cameras that can capture amazing intimate footage of the animals and drones can be used to capture the vital aerial shots. They’re a lot less intrusive and cheaper than carbon-generating helicopters.” 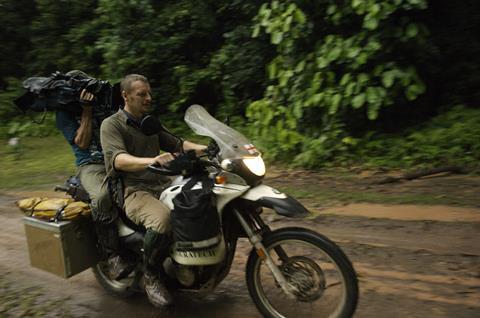 “We also use quad bikes to tackle difficult terrain but they’re noisy things the animals can hear from miles off, so I’m looking forward to the day when someone comes up with a decent electric quadbike.”

On location, he used to rely on an old diesel generator back at base camps to charge equipment, but now mainly uses a portable GoalZero Yeti the size of car battery that can be operated on solar power.

“It’s fantastic work, and I’m so grateful I’ve had the opportunity to do something I’m passionate about and to work with some of the best people in the business,” says Morgan. “Ultimately, it was as a result of my TV experience and some of the ideas behind BearTrek that led me and my fellow founders to start Uproar.”

“We want to be the National Geographic of the 21st century to raise awareness and take people with us on our mission to change the way we look after our world and the fantastic creatures that live in it.

“If UPROAR is successful, it could make a real difference to threatened wildlife and, perhaps, our own future too.”