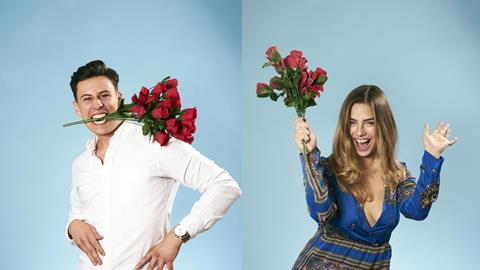 Analysis from Broadcast Intelligence (BI) has identified Brazil, Vietnam, Mongolia and Poland as territories of note in terms of striking non-scripted format deals.

In the run-up to the Mipcom market, BI analysed 17 major global formats from the mid-1990s to the present day (superformats), which originally found their feet in Europe, and tracked their distribution across the world.

The full results, published in a free Superformats MipCom whitepaper, show that as expected, the UK, US and Canada, plus France, Germany, Italy, Spain and the Netherlands, are the top importers, taking the majority of the superformats within just a few years of their release.

But measuring a country’s propensity to remake superformats, and the speed at which it does so, highlights less obvious opportunities for distributors.

BI has identified a number of ‘speedy adapter’ territories. These countries may only strike deals for a relatively small proportion of shows, but they do so quickly.

These tend to be smaller markets with strong cultural differentiators and include Portugal, South Africa, Thailand, the Nordics and Argentina.

Formats are either adapted for local use within an average of three years or not at all, indicating that these markets are potentially undersaturated.

Another group of territories has been identified as ‘slow burners’: countries that adapt a high proportion of successful formats, but only after they are proven in a number of markets. Several eastern European markets feature in this group, as do Brazil and Peru.

Visit Broadcast Intelligence to register your interest for BI, download the upcoming Superformats whitepaper and to take a look at the reports and services has to offer

Asian markets demonstrate only half the appetite of their European counterparts for adapting super formats, but Vietnam, China and Mongolia are countries to watch.

These three have historically taken longer to localise formats, but their recent adaption rates have spiked, with five times more superformats being adapted this decade compared with the previous one.

The same is true of Brazil. It stagnated in the early 2000s, adapting only four superformats across the decade, but has since remade an average of one show per year – six local versions have been created in the past seven years.

Brazil, Mexico, Argentina and Chile all outperform the average 30% rate of localisation in Latin America. Argentina is especially quick to adapt formats, taking an average of three years – on par with the Nordics.

Poland adapts a comparable number of formats to the UK and the US, although on average it takes nearly twice as long to do so.

It also acts as a trigger for eastern Europe, serving as a local proving ground for new formats.

To download the Superformats white paper, and to take a look at the range of reports and services that BI has to offer, click here