False Flag could be the new Homeland. The Israeli spy drama, known locally as Shkufim, is already being adapted into a US version before the original even airs on Channel 2 in Israel. 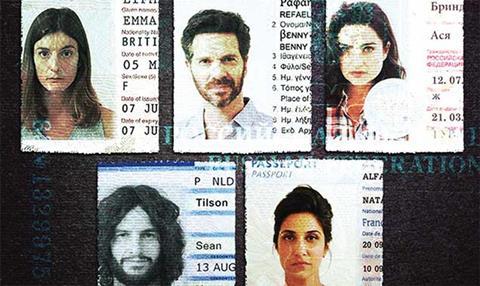 False Flag could be the new Home- land. The Israeli spy drama, known locally as Shkufim, is already being adapted into a US version before the original even airs on Channel 2 in Israel.

The show is loosely based on an incident in Dubai in which Palestinian Hamas member Mahmoud Al-Mabhouh was assassinated in his hotel room. The hotel released footage and passport details of 26 guests it suspected were involved.

Created by Maria Feldman, who headed up the production unit on Homeland’s Israel scenes, and The Gordin Cell producer Amit Cohen, False Flag follows five Israeli citizens who are implicated in the kidnapping of the Iranian defence minister, who disappears on a secret trip to Moscow.

The world’s media publishes their names and passport photos and they are subsequently accused by the Israeli government of being involved, seemingly to protect Mossad, before a secret agent helps them uncover the truth.

The drama was optioned in the US two years ago and Fox International Channels is working on the adaptation.

The original is launching in Israel later this year, having won the grand prize at French television market Series Mania. It was also one of eight television shows to debut at the Berlin Film Festival in February.

Keshet International will be selling it at Mipcom, having recently closed its first major deal for the show with French pay-TV broadcaster Canal+.

Alon Shtruzman, chief executive of Keshet International, says the show is a “truly gripping thriller”. “This is evident from the inter- national attention it has generated pre-launch. It is driven by real, authentic, relatable characters who find themselves centre stage of something far bigger than them.”