Children’s content group Genius Brands has eschewed the broadcast- based model for this girl-skewed animated adventure for seven to 12 year-olds, as it delivers its latest offering digitally to the tweens’ mobile-driven world this autumn. 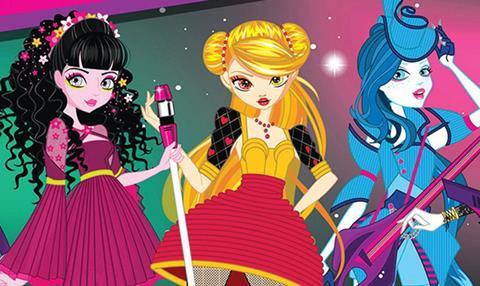 In a deal announced earlier this year, Genius will use Sony Pictures Home Entertainment to market and distribute SpacePOP digitally in North America, along with its other key brands, including Baby Genius, Warren Buffett’s Secret Millionaires Club and Stan Lee’s Mighty 7 (SLAM 7).

There are multiple merchandise tie-ins: Jaya Apparel, H.E.R. Accessories and Imprint (part of Macmillan Children’s Publishing Group) are all partnering with Genius Brands on the show’s licensing programme.

According to Andrew Berman, senior vice-president, global distribution sales for Genius Brands, SpacePOP has the key elements that will appeal to tween girls around the globe.

“It has friendship, music, fashion and adventure,” says Berman. “We have the best of the best on board creating original music, storylines and character designs that are on trend for this demographic, and the short-form format will be delivered digitally in a way that kids today naturally like to consume media.”