It seems unfair that Queen Victoria has become cemented in 21st century minds as the double-chinned, cranky looking sourpuss depicted in pictures of the time. 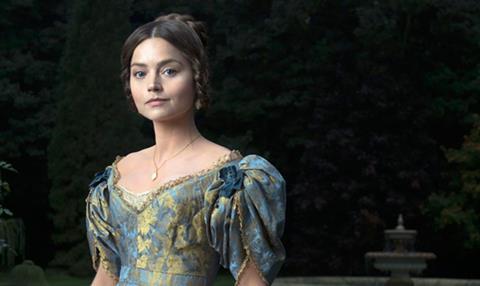 Timmer and screenwriter Daisy Goodwin, the former Silver River boss, who have pledged to confront and correct common misconceptions about the monarch in their upcoming biopic Victoria.

“It’s easy to think of Queen Victoria as a rather sombre head of empire in her widow’s weeds, but I always suspected there was more to it than that,” says Timmer, who is executive producing. “When you listen to Daisy talk about Victoria, it becomes clear why she deserves to be seen as a heroine in her own right.”

In her first role since leaving Doctor Who, Jenna Coleman stars as the young monarch – a part Timmer says she was “born to play” – opposite Tom Hughes as Prince Albert and Rufus Sewell as Prime Minister Lord Melbourne.

The ambitious eight-part series kicks off with a 90-minute scene-setter in which 18-year-old Victoria is preparing to become Queen. The subsequent 7 x 60-minute episodes chart her courtship and marriage to Prince Albert, and relationship with Lord Melbourne.

Although Victoria hasn’t yet wrapped, the series has already caused a stir. PBS has lined up the biopic to replace Downton Abbey in the Sunday evening slot of its

Masterpiece strand. The drama is also one of 12 elite entries selected to premiere at the first Mip Drama Screening to an exclusive audience of international buyers.

This head start is a “positive sign”, says Timmer, who is already banking on a second series.

“Our series is only covering the first couple of years of her reign and it would be untruthful to think we would not look to go beyond that.”

And it is this story that Timmer is certain will have widespread appeal with international audiences.

“The more you look at the Victorians, the more it’s clear her ambition for this country shaped what we became. There’s definitely something for international audiences in that. You don’t need to know anything about her story – the underdog who grows in confidence until she’s one of the most famous figures in world history – to find this an incredible tale.”