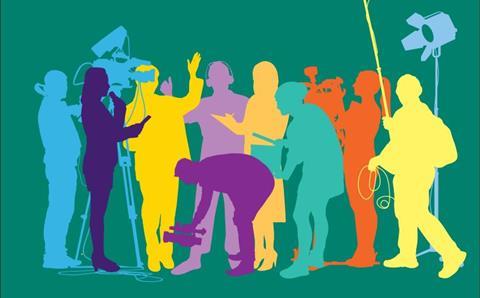 Bectu has revealed the second tranche of its Unseen on Screen campaign to coincide with National Anti-Bullying Week.

Spearheaded by freelance producer Meriel Beale, the broadcasting union’s unscripted branch asked individuals to submit any accounts of bad behaviour earlier this month, with the ambition of helping to stamp out such issues.

Broadcast is sharing 5 of the 18 accounts received by the union, which have been edited for clarity.

I worked on a big entertainment show last year, where the ridiculous hours kicked in after just one week.

Everyone was told that we had to do at least two ‘lates’ a week, which meant staying at the office until 10pm for no extra pay. Two ‘lates’ quickly turned into four until eventually we worked until 10pm every day.

We were once all scolded for making cups of tea in the morning and were told to drink our tea before we started work. I was also stopped in the corridor when I was going to the toilet and abruptly asked ‘where do you think you’re going?’.

The regime started to affect [people’s] mental health and it became a daily occurrence to find someone crying in the toilet or kitchen. I started having panic attacks on the way to work.

There was also a strange culture of promotion and demotion. Researchers who did the most hours with a smile on their face would suddenly become AP’s regardless of their knowledge or experience, while those who requested finishing on time had responsibilities taken away from them.

When I went home for Christmas my parents were shocked when they saw how thin, pale and withdrawn I’d become.

I left after my contract finished, turning down an extension by lying that I’d been offered something else. I went to therapy because the panic attacks didn’t stop after the production did and they still haven’t.

I was bullied and gaslighted by my boss repeatedly until I thought I was going mad. One minute they would be fine and the next absolutely furious.

I’d be asked to look into, say, available comedians, then when I shared my list of names I’d get an angry stare and be aggressively asked: ‘Why are you talking about all those f**ing comedians?’.

I’d be told all my ideas were ‘shit’ and that if I ever had a good idea they’d let me know.

Some of the team who were new to TV were extremely distressed by the way we were treated and I was constantly reassuring tearful people that TV ‘isn’t always like this’.

It’s difficult to describe just how bad things were, but if I received praise from a commissioner in front of this person, then my heart would sink as I’d know I was in big trouble, despite having just been told I’d done a great job.

As soon as I started working for this company I was sent many messages from former employees telling me they’d cried every day working there. People would joke about wanting to be hit by a bus or catch Covid just to stop working there.

This person is a renowned problem but is - in classic TV language - described as a ‘character’ or a ‘maverick’ who is always on best behaviour with anyone senior.

I’ve had counselling and come a long way but some of the newer team members left TV for good. I tried everything to stop this person - standing up to them, laughing it off, speaking to more senior people - but ultimately the only thing that worked was for me to leave.

I was bullied, belittled, and disregarded by senior members of a company while on a large project that went out this year.

It was a large, logistically difficult show so I had [already] put up with a lot when the line producer and I were screamed at by an exec and DOP the first time I met them. We raised this with the HOP at the time and the other execs and creative director of the company were well aware.

I was then ignored when I raised multiple health & safety issues with the execs, HOP, and creative director who were also on location and encouraging unsafe work practices.

I ended up leaving with no notice because my mental health was in tatters and I was having suicidal thoughts. I raised an official complaint to the company, owner company and channel but was told being screamed at constituted ‘robust discussions’.

I’ve had to have therapy to deal with my health and every time I have to discuss it I get adrenaline shakes and anxiety attacks. It’s completely altered how I see my work and TV in general. I keep reacting badly to any aggression/frustrations in my current project because of it. I want to leave the industry now and am actively retraining to work elsewhere. My health isn’t worth this.

My first incident of workplace bullying was from the production manager on a beloved program. I was a new coordinator entering the industry and didn’t quite know what my role entailed but figured with a bit of guidance I would work it out.

However if I didn’t do things exactly to my production manager’s liking, she would make a scene of dragging me into the hallway to tell me off.

These little dragging out sessions happened multiple times a day in front of 20 other colleagues and were just as demeaning as being told off in the room.

When we reached the filming stage, she would use me as a scapegoat and make me the butt of the jokes in front of the crew.

On top of it, she was misusing petty cash - buying herself bottles of wine and other personal items and have me reconcile them as gifts and props. I felt extremely uncomfortable but didn’t feel I had any standing to report her behaviour.

After a long day of filming I would return home, only to have her call me and have her screaming down the phone about how useless I was – usually drunk, for an hour at a time. I lived my life on eggshells and more often than not would cry after every shoot.

It was the most stressful few weeks of my life at that point, and I didn’t understand how everyone else on the cast and crew were so lovely and kind but this one person dominated my every waking moment and treated me like a piece of rubbish.

I had no-one to go to make a formal complaint. The company didn’t have an HR department, and it was my first official credit. When I finally left, I asked to use my PM as a reference. She agreed but I found out that she would only say that I had worked with her, which cost me my livelihood for months.

I still fear running into her in the industry…and my confidence in myself and my abilities took a long time to recover.

On my first movie as a contracted runner I was constantly verbally abused by the floor second assistant director.

When something didn’t go smoothly on set, she would gather our team, either privately or sometimes in the middle of set and shout, calling us worthless human beings and an absolute waste of space, incapable of doing any aspect of our jobs.

She would say this to our entire team and sometimes to us individually, seeming to direct even more wrath on the female members of our team.

This went on for weeks until we ended up speaking to production but because she was friends with the high-profile director and a well-known name, I don’t think more than a few words were said and the abuse continued for the remainder of the shoot. We did not feel comfortable bringing the issue back up.

Obviously these words hurt us and I often left work at the end of each day crying.

This took place about five years ago, and I don’t think there was a hotline to call, or perhaps we would have done so.

This isn’t the only time I’ve been bullied in film and it still happens every now and then, but I’ve become so accustomed to screaming bosses that it’s like water off a ducks back.

I pushed through and have worked in the industry since, but this film and these words still haunt me.

Click for Bectu guidance, resources and news on bullying and harassment