Why TV must learn to manage properly

Much has been written recently about television’s insecure freelance working culture and our shocking lack of diversity across every axis, and I hope we are now reflecting and looking to chart a new course. 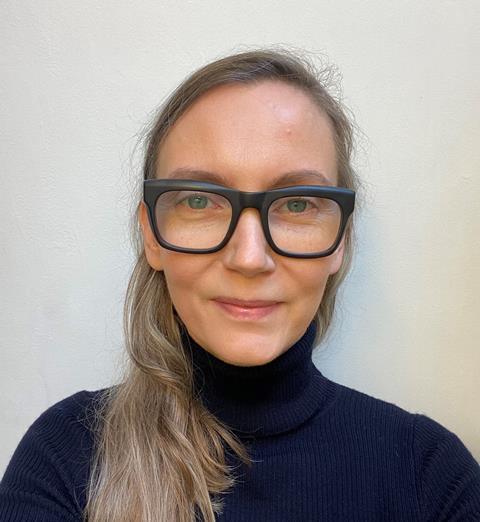 However, I believe something crucial is missing from a lot of these discussions: our industry’s lack of people management skills.

Editorial freelancers operate in a no-feedback, zero-career-development, virtually mentor-less ‘blame’ culture, where admitting you need support is usually seen as a nuisance or a sign of weakness.

Our references are almost never given in writing – lest we be required to justify our lukewarm impressions of someone whose work we didn’t have the time to interrogate – and we all rush from one production to the next without pausing to investigate and reflect on what went well, what was less successful, and, crucially, how and why that happened.

We just make a mental list of the people who delivered (to hire again) and the people who didn’t (to avoid). I believe this ‘anti-management’ culture is costing production companies money, reducing the quality of our output across the industry and causing thousands of creative people to burnout, breakdown or leave the industry altogether.

As an executive producer, I’m responsible for hiring the majority of the editorial team on my productions, and I consider it my responsibility to ensure they are supported to perform to the best of their ability.

If they don’t deliver, then it is because I have failed in some way – perhaps I didn’t brief them clearly; I didn’t match their skills to the job; I gave them insufficient resources; I put them under an unworkable amount of pressure; I didn’t find the right way to support them when they needed help.

I’ve worked in this industry for almost 25 years, and I have yet to meet someone in an editorial role who wasn’t trying incredibly hard to do their very best – often to the point of burnout – so how can it be their fault that they didn’t deliver what was expected?

Everyone has professional strengths and weaknesses, and an effective manager plays to people’s strengths and helps them develop in their weaker areas. But effective management isn’t something you just ‘know’ how to do – it’s a skill you train for, with an entire field of academic study devoted to it. As an industry, it’s crucial we get better at managing creative people.

I started out as an editor, and as a senior producer I’m often brought in to help edits that have run into trouble. This process can look like magic to the people who only attend viewings, but it’s mostly good old-fashioned people-management: make your edit teams feel supported and valued and they’ll take your creative input and multiply it with their own, and – bingo! – you can creatively problem solve almost anything.

If you can do that consistently, good people start to line up to work on your projects, because nothing feels better than being supported and succeeding.

Nothing feels worse than feeling unsupported and failing. If you lose confidence in your team and feel it’s their fault a project isn’t coming together as expected, they will sense that immediately – humans are experts in non-verbal communication – and their confidence and creativity will drop off a cliff.

Cue sleepless nights and relentless hours in the edits terrified they’re not delivering. Pretty quickly it’s a wonder they can remember their own names, let alone deliver a series.

Now you have no choice but to bring in new people, probably extend the schedule and delay delivery. The new team will arrive fresh faced and full of your faith in them, will roll their (fresh) eyes at the decisions the previous team made while their confidence was tanking, and deliver your salvation to the relief of everyone except the production company’s finance team.

Failing to manage people isn’t just costing production companies money – it has devastating human costs too. To continue pitching for work in our industry, people who have been let go because they didn’t ‘deliver’ must brush off the humiliation, plan their futures knowing there is a production company (perhaps even a channel department) that won’t be hiring them again in a hurry, and dismiss the gnawing sense that negative things are being said about them behind their back, despite having given their all.

That level of emotional resilience is a tall order for a white, Oxbridge-educated, cisgendered, heterosexual man, in whose image this industry was built. Now imagine being a working-class black trans woman and you begin to see why the Bafta nominations lack diversity.

Our industry relies on a freelance workforce structure for creative and financial flexibility, but we have abused that structure, using freelancer contracts to absolve ourselves of meaningful responsibility for the mental and physical working conditions of the people we hire.

Earlier this year, the Film and TV Charity’s shocking report on industry mental health laid bare the consequences of these practices – change is most urgently needed.

This year as never before, broadcasters and indies are saying they want to improve the lot of freelancers, and while working groups and panel discussions are helpful, we also need concrete plans for bringing about structural change.

How about a freelancer exit interview system, allowing companies to gather feedback on their team leaders? Or funding short training courses for everyone who manages someone – from PDs to execs? Or insisting budgets and schedules include time for team leaders to do the work of managing people?

If our industry is serious about nurturing a more diverse range of voices and maintaining our reputation for creative excellence in an increasingly demanding international marketplace, then addressing our management problem could be a surprisingly effective place to start.

Creativity flows most freely when people feel safe, supported and valued. As an industry built on the creativity of freelancers we would do well to keep that in mind.

Sunshine Jackson Underhill is an editor and executive producer