The series, which has been renewed in the US by HBO Max following its bow last year, will see European adaptations produced by the local operations of WBD’s international unit Warner Bros International Television Production (WBITVP). 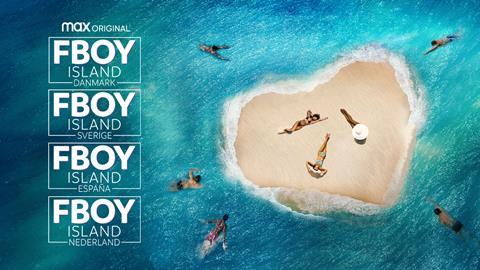 Created by The Bachelor’s Elan Gale the social experiment follows three women who move to a tropical island where they’re joined by 24 men – 12 self-proclaimed ‘nice guys’ looking for love, and 12 ‘FBoys’, solely there to compete for money.

The women will test the dating pool in the hope of finding a partner, with the nice guys and FBoys being revealed as the series progresses.

Annelies Sitvast, HBO Max EMEA unscripted originals chief, said: “FBoy Island comes to Europe with fantastic credentials having been a huge success in the US on HBO Max.

“What it also comes with is a fresh take on the dating series format; it’s funny, self-aware and puts women front of centre of the decision-making process. These commissions represent our ambition to serve local audiences, broaden our slate and attract new audiences to HBO Max, while of course maintaining that unique approach to quality.”

Sitvast will exec produce each localised version alongside vice-president and commissioning editor of Nordic originals Christian Wikander in Denmark and Sweden, Miguel Salvat in Spain, and exec producer of unscripted programming in the Netherlands, Sabine Feij.

“A key pillar of our Max original production strategy in Europe is to grow the unscripted slate,” he said. “Taking the successful Max US format FBoy Island and adapting the franchise for multiple markets in our region reflects that ambition.”