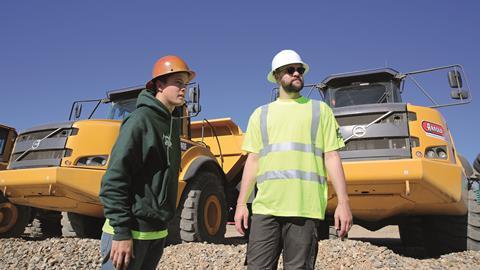 Indies reveal how to tap US

Broadcast Intelligence has highlighted some of the vital tactics used to help land a US commission after identifying around 90 buyers of unscripted programming across the Atlantic.

The orders build on a market worth an estimated £335m to UK indies in 2016/17, according to research from Pact.

Raw TV founder Dimitri Doganis, who is responsible for a host of long-running programming for US broadcasters, including Discovery’s Gold Rush and Nat Geo’s Banged Up Abroad, said there have never been more opportunities for British indies with US broadcasters.

“The UK has a huge talent pool that is disproportionate to its size,” he said. “Britain has a long history of ideas and individuals being hugely successful in America.”

Want to know more about Broadcast Intelligence and what it has to offer? Request a demo today

In compiling the Commissioner Index database, Broadcast Intelligence researchers uncovered the extent to which US broadcasters expect high-quality taster tapes in pitch meetings.

“You depend entirely on tape,” Doganis said. “The first time I pitched to a US network, their first words were, ‘What have you got?’. You have to get used to that [approach].”

The taster tape should be of the calibre planned for the finished series and showcase prospective talent. It will likely make or break a pitch, according to Doganis.

“Don’t underestimate the amount of production you have to put in,” he said. “Even if you have great editors, there’s no harm in seeking out people who do these specific types of tape for the US market.”

Meanwhile, it is important that the pitch is presented in the correct tone, Lawford added, as US commissioners are far less likely to appreciate self-deprecation than their British peers.

“Don’t be shy about the scale of your idea,” said Lawford. He highlighted the confidence with which Woodcut pitched Fiennes: Return To The Nile, which features third cousins Joseph and Ranulph Fiennes and is set to air on Nat Geo later this year.

“We haven’t made a show of that scale before, but you have to back yourself,” he added.

Agents are also vital to help arrange meetings with broadcasters, due to their contacts and local knowledge. “Your agent should demonstrate value beyond the cost of commission,” said Doganis. “If not, change your agent.”

Finally, the need to pitch an idea to multiple broadcasters simultaneously should not be underestimated. Unlike in the UK, there is no stigma attached to approaching rival commissioners with the same idea.

While such an approach risks damaging relationships in Britain, the US operates a seller’s market. Also, if you are in discussions with multiple companies, you can increase competition and broadcasters may make their decisions faster.

“In the UK, it is considered a faux pas to pitch the same idea to multiple broadcasters, but in the US, you actively tell them you’re pitching to their rivals,” said Doganis. “Stimulating competition is incredibly useful because they are all chasing the ideas and the talent.”