Joins US non-scripted heavyweight as executive vice-president of development 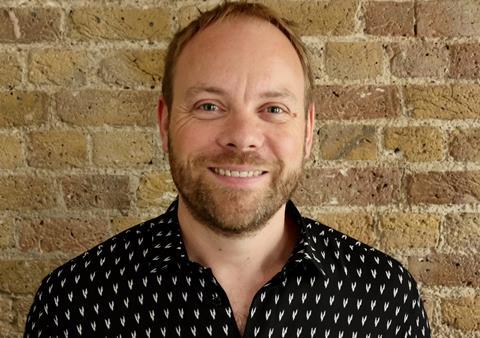 Goldsack has joined the LA-based Nailed It! producer as executive vice-president of development, having worked as a freelance development exec at LA label Bongo Pictures after leaving Burning Bright in May 2021.

In his role, he will oversee all development across the entire company, reporting directly to Magical Elves co-chiefs Jo Sharon and Casey Kriley. He replaces Joel Zimmer.

Goldsack was at indie Burning Bright for three years, having joined as head of factual entertainment in 2018, with credits including ITV’s Joanna Lumley’s Home Sweet Home and BBC2’s When Ruby Wax Met…

Prior to this, Goldsack is noted for co-creating Sky 1’s An Idiot Abroad with Karl Pilkington, bringing Katie Piper to Channel 4 and establishing Jimmy de Ville as a Discovery presenter with Engine Addict. Formerly, he served as head of development and exec producer at Tinopolis-owned Mentorn and held head of factual posts at Maverick and Silver River.

“It’s an absolute honour to join such a ground-breaking team at Magical Elves,” Goldsack said. “I’ve long been a fan of their authentic and uplifting first-to-market content.”

“Adding Dan to our team was a no-brainer,” said Sharon and Kriley. “With his prolific track record and expertise in developing nonfiction content that leaves a lasting impact on viewers, we are privileged to welcome him as our newest team member.”