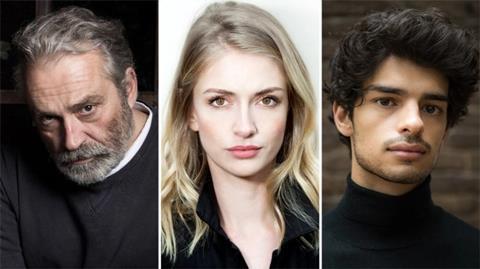 The Turkish Detective will begin production in Istanbul in April, premiering on Paramount+ in 2023.

The adaptation is penned by Schiffer, who exec produces alongside Marc Helwig and Bill Block for Miramax, Kerem Catay for Ay Yapim and Claire Sowerby-Sheppard for VIS.

The Turkish Detective is directed by The Girl With The Dragon Tattoo and Mr. Robot director Niels Arden Oplev.

The series was originally put into development in 2019 with VIS UK, as it pushed into scripted content, with a 6 x 90-minute series set under then managing director Jill Offman.

It became the first series partnership between Miramax and VIS after Paramount (formerly ViacomCBS) took a 49% stake in the studio in 2020.

“The Turkish Detective is a universally intriguing crime thriller set against the landscape of one of the most stunning, culturally rich cities in the world,” said Nicole Clemens, president of Paramount+ original scripted series. “We look forward to seeing Barbara Nadel’s incredible novels come to life.”

The series will be distributed by Paramount Global Content Distribution.