Matt Danilowicz has snapped up seven companies since he became chief executive of Vitec Videocom in 2012. And, as he tells George Bevir, he’s not putting away his cheque book any time soon. 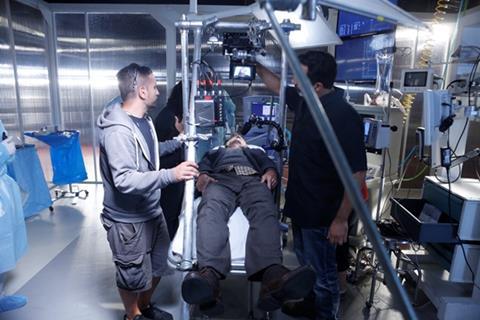 If you exhibited at NAB and noticed Matt Danilowicz hanging around your stand in the Las Vegas Convention Centre, it’s possible the Vitec Videocom boss was sizing up your business.

Vitec has been busy adding companies to its group in recent years and Danilowicz isn’t putting away his cheque book just yet.

“There are a lot of exciting targets for us across the show floor,” Danilowicz tells Broadcast TECH at NAB.

“We have an opportunistic streak and are always looking for parts of the market place that have potential.”

Vitec has added companies that Danilowicz categorises as smaller businesses on the verge of “breaking out” (see box). “We picked them up at the right time, when they were just getting ready for growth and they needed the backing of a big company like ours to fund the expansion stage.

“That is where we can be a positive influence on the industry.”

Danilowicz is keen to take advantage of two trends he has identified: broadcasters outsourcing more of their operations; and what he describes as “independent content creators” who are not only increasingly working for traditional broadcasters but are also providing video content for a growing range of platforms and organisations.

It is hoped that growth in these areas will offset the ‘flat’ business of providing core broadcast products to traditional TV broadcasters.

“That doesn’t mean we are going to abandon those traditional customers – they are our bread and butter – but for us to keep growing as a business we have to look for new opportunities in the market,” says Danilowicz.

“We might not have called it broadcasting in the past, but every major company around the planet today is starting to take control of its visual communications and media output, and that is the bright horizon and exciting opportunity for us. “I’d be surprised if in another seven years, every Fortune 500 Company doesn’t have a really robust media department.

“They wouldn’t have spent $5m on a production suite in the past, but now these tools are affordable to them they could spend a few hundred thousand dollars and equip it with everything they need.”

Danilowicz was appointed to the role of chief executive of the Vitec Group’s Vitec Videocom division in 2012, when he replaced Joop Janssen, who left Vitec to join EVS.

One of his first tasks was to oversee the merger of Vitec broadcast services business Bexel with Vitec Videocom.

That culminated in the March launch of Bexel Global Broadcast Solutions (BGBS), which combined the portfolio of production services companies including Bexel with Autocue Hire, Camera Corps and The Camera Store.

“For many years, we ran Bexel as a separate entity, and now the head of Bexel sits with the rest of my leadership team and they are constantly looking for ways we can leverage our technologies.

“Those guys [Bexel] tend to be out there at the forefront of what’s new and they are helping us understand the markets better.”

Getting Vitec’s various brands to work more closely together is top of Danilowicz’s list of priorities.

In the face of tighter margins and increased competition from manufacturers in the Far East and customers demanding kit at lower prices, the emphasis is on running a more efficient operation.

To achieve that, the company has merged its sales and marketing operations, but given the breadth of products within the group, ranging from bags to batteries and prompters to robotic camera systems, there is a balance to be struck that allows for closer collaboration without each division losing its own identity.

Danilowicz admits there is an ongoing debate within the company about getting rid of the various sub-brands in favour of one overarching entity, but he is reluctant for such well-known manufacturers to lose their identity.

“Some of my core businesses have been around for more than 100 years and I’d hate to let go of that history,” says Danilowicz, referring to tripod and pan and tilt head manufacturer Vinten, which was founded in 1910, and Sachtler, another camera support manufacturer that was founded in 1958.

“We are trying to find a middle path where we can extract synergies and get customers to better understand what Vitec is.

“They know Anton Bauer, OConnor and all of those brands, but a lot of people still don’t understand what Vitec is.”

It’s not only an issue of identity. With recent acquisitions largely of businesses set up by innovative operators, such as the cinematographers who established Paralinx, the company has to weigh up the aims of the overall group with the needs of its various manufacturers.

As Danilowicz acquires more companies, that issue is likely to become more critical.

“We try to nurture businesses and keep that entrepreneurial spirit alive. Our whole culture cherishes entrepreneurialism; we think the best results come from smaller units driven by leaders who are passionate about what they do.”

Diary of a Dealmaker

Prompter firm Autocue is bought from venture capitalist Root Capital and joins its portfolio of products for the broadcast, pro-videography, corporate and public sectors.

The Vitec Group negotiates a five-year, £100m refinancing package from a syndicate of banks coordinated by Barclays for use as an acquisitions war chest.

Vitec acquires Camera Corps in a deal it describes as “a key milestone” for the company that will enable it to supply Camera Corps’ pan and tilt camera systems to markets including sports, reality television and entertainment.