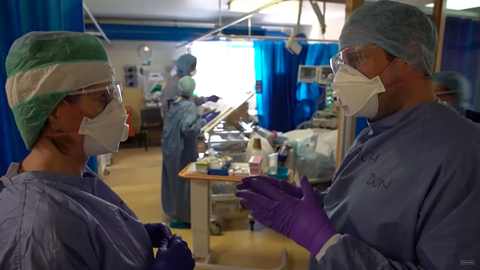 Covid-19: the story that impacts us all

Scoops: reporters usually tell stories through a lens, but coronavirus is personal to everyone, says Victoria Macdonald

Day three hundred and something in the Covid house. The chief scientific adviser and chief medical officer are still looking dapper but with dark circles under their eyes. The prime minister has had a haircut and the health and social care secretary remains unfailingly optimistic that track and trace is world-beating.

In the Channel 4 newsroom, Covid-19 rarely falls far from the headlines these days, especially as the numbers of cases and sadly, the deaths, start to climb again. It has been like this for 10 months now with no sign of abating soon.

This has been the year of the pandemic and the year that health reporting became exciting, stimulating and frightening – all at the same time.

I have been a health correspondent off and on for nearly 40 years and there have, of course, been numerous pandemics, epidemics, outbreaks and scares. I began my career in the year they discovered HIV. From a ‘gay plague’ to a virus that swept through communities and countries, I learned about viruses, mutations, epidemiology, risk, medical and scientific research. 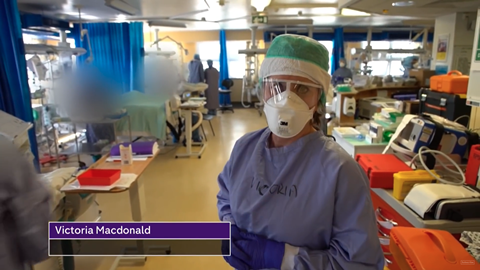 In fact, everything I learned from reporting HIV – along with Sars, Mers, Ebola and H1N1 – has come together in this pandemic, and yet there is still so much unknown.

That is what has made it so interesting, because we journalists have been along for the ride as the scientists, medics, public health officials and politicians also learn about Sars Cov-2, the virus that causes Covid-19 – some, it might be said, learning faster than others.

On March 3, I sat in the Downing St briefing with the prime minister, who was flanked by the chief scientific adviser, Sir Patrick Vallance, and the chief medical officer, Chris Whitty.

“To our collective astonishment, Boris Johnson said he was still shaking hands and that he had been at a hospital with coronavirus patients”

The microphone was passed to the BBC, then Sky, then ITV, and then – mistakenly as it turned out – I was given it. Apparently Boris Johnson had been pointing to the person three rows in front.

I asked: “Prime Minister, are you still shaking hands?” It wasn’t meant to be a trick question. We were all at the moment still learning what was and wasn’t the right thing to do.

To our collective astonishment, however, he said he was still shaking hands and that only the other night he had been at a hospital with coronavirus patients. “I shook hands with everybody, you will be pleased to know, and I continue to shake hands,” he added.

The CSA and the CMO visibly blanched and the Downing St press office later rang around the political correspondents to say the PM had not actually been shaking hands with people with coronavirus and that the scientific advice was not to shake hands.

He was, of course, later to become seriously ill with coronavirus, although no link has been established between hand shaking and his subsequent time in intensive care.

That feels like a lifetime ago. In the first months of this pandemic, I barely had time to breathe. Every hour awake was spent reading, talking to experts, reporting, and then all over again the next day.

My then-10-year-old daughter was sent home from school and I laughed heartily – or is that hysterically – at the idea I had any capacity to home school her. She laughed equally heartily at the realisation my distraction meant hours looking at TikTok. 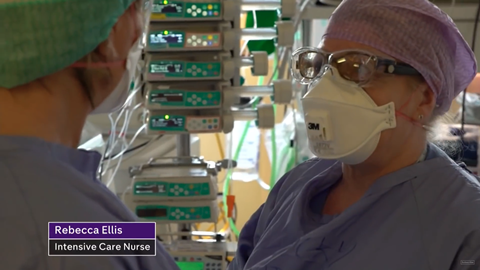 For a start, I never worked from home during lockdown; the job could not be done remotely. This story was too fast moving, changing sometimes by the hour, with late breaking news to add to the stress levels.

You would be trying to make sense of the latest numbers and the government’s pronouncements – and suddenly Imperial College – would put a new paper online showing the worst-case scenario.

Without wanting to sound too sanctimonious, many of us reporting this pandemic have felt a responsibility to get it right, to not scare people and to not get dragged down rabbit holes of conspiracies. All of us have been helped along the way by the Science Media Centre, which has organised numerous briefings with some of the finest experts available.

This was also a story that had to be done differently because for a long time you couldn’t go to people’s houses or offices. Instead, with my producers – Toby Bakare at home and Millicent Teasdale at the desk beside me – we Zoomed, we Teamsed and Skyped. It was not always satisfying but ultimately it was necessary.

But then came the day when we were allowed to film in an intensive care unit. Risk assessments were done, mask fittings attempted (my face failed two of them), and then Milly, cameraman Stephen Hird and I went into Epsom and St Helier’s ICU.

Nothing in my career prepared me for that moment. Patients, many of them my age, in an induced coma; their lungs working only because of a ventilator – some of them prone on their stomach, all of them hovering between life and death.

I looked over at one stage and saw a nurse gently brushing the hair of a young woman. She took a cloth and carefully wiped her face, she straightened the blanket, she stroked her hand. I spoke to her and she said she’d come back to ICU after 10 years away because she wanted to help. 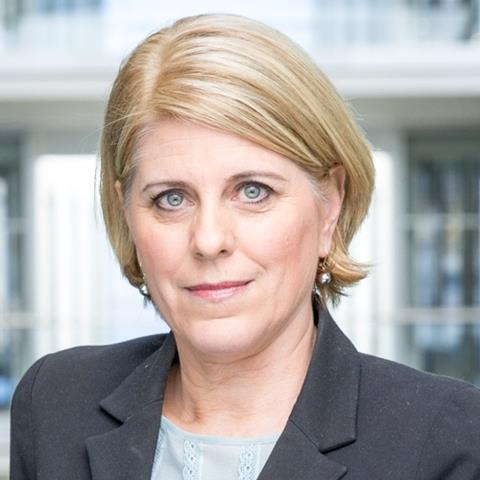 I told her how moved I was and tears welled in her eyes and then in mine. It made for good TV but it wasn’t done for TV (should I tell my editor that?). This was the very best of humanity. It also brought home to me the complete and utter devastation this virus was wreaking upon us all.

That is what has struck me the most. Many times as a reporter you stand back and witness plague and famine happening to others – you report it through a lens. Sars Cov-2, however, is affecting all of us. We are all at risk even if our risk levels are different depending on who we are.