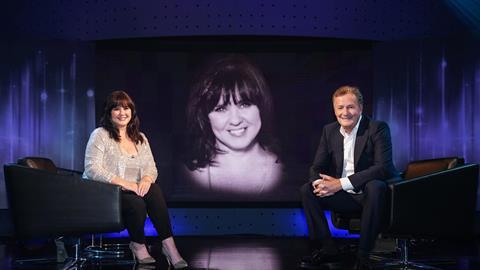 Piers Morgan is to exit his role presenting ITV’s interview series Life Stories, effectively cutting ties with the broadcaster ahead of his move to News UK’s upcoming Talk TV channel.

The presenter and journalist last night tweeted he would leave the show role after 12 years and 100 episodes, and former Good Morning Britain colleague Kate Garraway will host the last three episodes of the forthcoming series.

The swap comes after Morgan signed a deal to become one of the faces of Rupert Murdoch’s upcoming linear Talk TV news channel, which is set to launch next year. The agreement will see him create newspaper and TV content across Murdoch’s news empire in the UK and US.

In a statement, ITV confirmed the Morgan’s departure from Life Stories and said it has no further projects in the pipeline with the presenter.

“We would like to thank Piers for over a hundred engaging, compelling and insightful Life Stories over the past 12 years, where his interviewees have included the very best names in showbiz, business and politics,” said a spokeswoman.

“We wish him the very best of luck with all of his future ventures. Kate is a brilliant journalist and an inquisitive interviewer and we look forward to her forthcoming three shows.”

BREAKING NEWS: I’m quitting Life Stories after 12 years and 100 shows. My final one will be with ⁦my fabulous friend @kategarraway⁩ and she will then present the remaining 3 planned shows of the next series as I leave ITV to host my new global daily show. It’s been a blast! pic.twitter.com/TN34uEZAdQ

Produced by MultiStory Media, Life Stories regularly attracts audiences of up to 4m.

Morgan’s departure marks an end to of his turbulent relationship with ITV.

His tenure at morning show GMB saw an uptick in ratings but his brash style was divisive and he quit in March this year following an on-air clash with co-presenter Alex Beresford over comments made about Meghan Markle’s mental health.

Morgan then revealed he would continue working with ITV on Life Stories, but he has become increasingly vocal in his criticism of so-called ‘cancel culture’ which, he has accused of “infesting media companies like ITV”.