Anthony McPartlin to take rest of the year off to recover 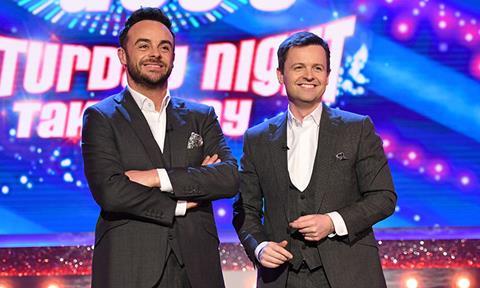 Ant and Dec’s Saturday Night Takeaway will not air next year as Anthony McPartlin continues to deal with his addiction issues.

ITV Studios was preparing to start production imminently for a February TX but McPartlin told The Sun that he needs more time to recover and has decided to take the rest of the year off.

“I’d like to thank both Dec and ITV for their continued support and I look forward to getting back to work in the new year,” he said.

Last year’s SNT, which was cut short following McPartlin’s arrest for drink driving in March, pulled in an average of 8.6m (38.3%) across its six episodes.

McPartlin has sought rehab treatment after he was fined £86,000 and banned from driving for 20 months.

ITV has also confirmed that McPartlin will not host this year’s I’m a Celebrity… Get Me Out Of Here!, which usually gets underway in November.

Director of television Kevin Lygo is due to reveal shortly whether Declan Donnelly will host the stripped format alone or name his stand-in partner.

Lygo said: “ITV is completely supportive of Ant taking as much time as he needs in his recovery and of this mutual decision to rest Takeaway in 2019.

“Ant is clearly making good progress and we wish him all the very best and look forward to him returning to ITV next year.”

Last week Ofcom revealed the entertainment genre’s struggle to attract large audiences, with the number of episodes picking up more than 8m viewers per year almost halving since 2011, from 116 to 63.