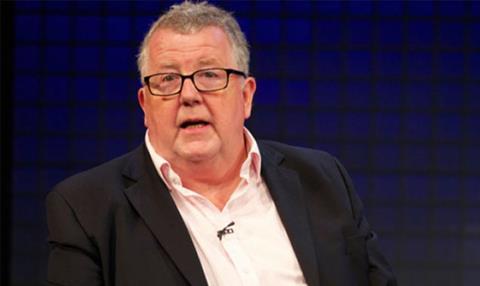 Steve Hewlett, arguably the best regarded media commentator in the UK, has died after being diagnosed with cancer in March 2016.

The BBC said he had passed away at the Royal Marsden Hospital while listening to Bob Dylan with his family.

Hewlett, who was 58, has presented Radio 4’s Media Show from its launch in 2008 and was a former editor of BBC Panorama. Towards the end of his life he branched out from hard hitting analysis of the media sector to chronicle his treatment for cancer of the oesophagus in a series of pieces for BBC Radio 4’s PM show.

On Wednesday (22 Feb) The Media Show will reflect on his career and stewardship of the programme “defined by his wit, tenacity and his encyclopaedic media expertise.”

Monday’s (20 February) Newsnight played out with a tribute to Hewlett, railing against phone hacking in 2014, and director general Tony Hall described him as an exceptional journalist.

Hall said: “His analysis of the media industry was always essential listening. Steve was a trusted voice that embodied everything positive in public service journalism. He was hugely popular not just with viewers and listeners, but with BBC staff.”

Former Radio 4 controller Mark Damazer said Hewlett was the “best editor of Panorama in my professional life, and arguably in history of the programme”. The strand’s 1995 interview with Princess Diana, while he was editor, was seen by almost 23 million viewers.

His other career highlights include becoming director of programmes at ITV station Carlton and becoming one of the Guardian’s most respected columnists at the height of its coverage of the media sector.

In 2012, he set up indie Genie Pictures, producing films such as BBC2’s Rupert Murdoch – Battle With Britain and Reinventing the Royals for the same channel. Hewlett presented both.