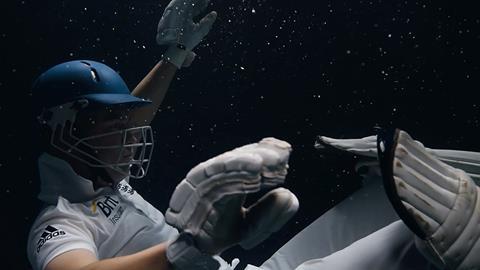 Noah’s new division has already begun life with significant SVoD and linear deals with Amazon Prime Video and the BBC respectively, for its cricket documentary film The Edge. The BBC has exclusive TV rights in 2020, with Amazon Prime currently streaming the film in the UK.

BBC head of factual acquisitions Mandy Chang said the document would be an ideal foil for the return of live international and domestic cricket coverage to the broadcaster next year.

Noah will now be exploring global sales opportunities for the documentary at next month’s Mipcom, as part of a slate including high-profile documentaries Steve McQueen: The Man & Le Mans, Ian Wright’s ITV series Out of Their Skin and Adam Hills-fronted Take His Legs.

“The appeal of intelligent, sport-focused documentaries has never been greater, and these partners are a testament to the important topics addressed in The Edge,” said Quantschnigg. “We look forward to bringing our unique slate to the international marketplace.”

Group chief executive John McKenna added: “We are thrilled that Noah’s latest documentary has found a home in the UK with such significant partners as Amazon Prime Video & the BBC.

“As a young, independent company with a fast-growing slate, we feel it is important to keep evolving in the constantly changing media world, and our sales arm is our next stage in this.”