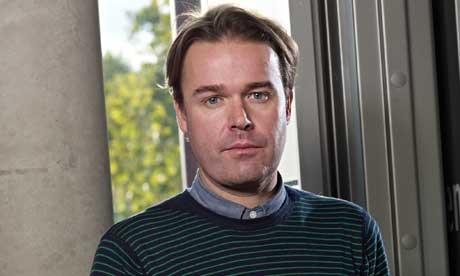 Other than being critical and ratings hits, what do Humans, Indian Summers and No Offence have in common? One word: genre. Since becoming Channel 4 drama head in 2012, it has become Piers Wenger’s watchword in his bid to open up the 9pm hour to pieces that can draw in viewers against stiff competition from mainstream rivals.

“In the past, there was a sense that genre pieces didn’t have a home on C4, but I couldn’t see why. There just needs to be a good reason to go into the genre beyond the thrill ride we know audiences get from it,” he says. “Viewers aren’t as loyal to a channel as they were 10 years ago, so big titles, topicality and genres that are a little unexpected are likely to hit the sweet spot for us – because there’s a sense of event around their premiere and a need to watch them live.”

Hence a lavish period drama epic, a police procedural and, in Humans, an adult sci-fi drama – not something often attempted in the UK in recent years, let alone successfully – that addressed a topical idea in an engaging and entertaining way. To Wenger, that Humans became C4’s biggest drama in 20 years is vindication of this approach.

“Taking a genre that hadn’t been particularly fashionable in peak and tackling it in an adult and thoughtful way felt very fresh to the audience,” he reflects. “At 9pm, those genre beats are incredibly important to sustaining an audience.”

US co-productions
It is not just about boosting drama’s profile in C4’s schedule, of course. As Humans and, to an extent, Indian Summers have proved, co-production need not be a dirty word. Five years ago, it was almost unheard of for C4 drama; next year, Wenger forecasts at least 80% of its peak-time drama will be co-produced, with at least three E4 commissions set to enjoy a doubling of their budgets to around £1.2m per hour thanks to fifty-fifty splits with US partners. This week, C4 secured its first co-pro deal with Netflix, for Bryan Elsley’s new E4 thriller Kiss Me First, under which the on-demand site will immediately show each episode outside the UK after its TX (see News).

“There is unprecedented and unremitting appetite among US broadcasters and emerging platforms to collaborate,” he says. “Highly authored genre pieces are exactly what US broadcasters want: they deliver muscular narratives, they feel distinct and they can offer cult-to-mainstream success that can redefine the fortunes of a channel. For on-demand platforms, they deliver the sort of narratives that audiences love to binge-watch.”

Wenger has observed a “gear change” in attitudes towards co-production among the newer platforms. “They’re very open and sympathetic to our needs,” he says. “They’re willing to invest and they understand that we want to remain visible as the source of origination of these pieces, and to own them in the UK.”

One project unlikely to be the subject of a transatlantic production deal, despite its scale, is Peter Kosminsky’s upcoming Isis drama. Wenger greenlit the series last month on the basis of one “unputdownable” script and says C4 is “completely committed” to Kosminsky’s vision. “There may be questions about whether other broadcasters would want to get into that space,” he reflects.

The series, currently earmarked for a 9pm slot in 2017, will focus on four radicalised British people who have travelled to Syria to live as part of Islamic State. Praising Kosminsky’s “impressive” level of detail in opening up this world, Wenger is confident viewers “will come out of it feeling better informed about what feels like an impossible, unimaginable subject”.

Kosminsky and C4 go back a long way and the writer recently stuck his head above the parapet to champion the broad caster’s creative freedom and voice his fears about its possible privatisation. As a creative head, Wenger won’t be drawn on C4’s future identity, but says last year’s record drama spend will be sustained over the next two years.

To prove the importance of its remit, he pledges to continue to champion new writers, pointing to first-time TV writer Kate Ashfield, who has co-authored upcoming C4 psychological thriller Born To Kill with Silent Witness writer Tracey Malone, and Charlie Covell, who penned two episodes of E4’s Banana and is on the writing team for Eleven Film’s E4 series Foreign Bodies.

C4 has also handed Fresh Meat and Misfits writer Jon Brown his own series. Based on the 2007 Israeli drama Mesudarim, and co-produced by the UK arm of original producer Keshet, Hillbilly Films’ Loaded tells the story of four young men who become dot.com multimillionaires after selling their start-up video game company. Described by Wenger as a “brilliantly funny gang show”, the eight-parter is set to replace Fresh Meat in the 2017 spring schedule.

Born To Kill and Loaded go some way towards spelling out the distinction between C4’s main drama slots: 9pm is about punching with the big boys with genre pieces and event dramas, while 10pm is the home of comedy-drama.

“It’s where we play muscular narratives that are character-driven rather than thrillers, mysteries or stories that ask an overt question,” Wenger says. “It has always been a really good place to offer a comedy-drama as an alternative to the news – you watch it because it will send you to bed with a smile on your face.”

Having transformed 9pm, Wenger is keeping a close eye on the next phase of E4. The inflated co-production budgets will, he says, “make it much easier for our original dramas to hold a candle to a lot of the US acquisitions”.

Reviving E4
The ambition is to breathe new life into the channel in much the same way as previous iconic dramas Skins, Misfits and My Mad Fat Diary. Wenger has high hopes for upcoming Clerkenwell Films series Aliens, saying it has the feel of “Misfits meets Top Boy”.

As for Kiss Me First, Wenger says: “It’s quite experimental. There are sequences with avatars in a completely CGI universe that carry dramatic weight. It’s very ambitious, both technologically and in terms of storytelling.”

Genre and high-concept pieces form the bulk of the dramas pitched to E4, and a supernatural series has just been greenlit, but Wenger says the holy grail for the youth channel is a relationship drama for millennials.

“It’s the one piece of the jigsaw we need to find,” he says. “A lower-concept, more character-driven series that is an author’s recollections of their teenage years or their expectation of being a young adult. We get pitched far fewer pieces with a unique point of view about relationships, parents, school and teenage life.”

The latter two elements form the spine of 8pm C4 drama The ABC, produced by The Forge, which is set to launch next year. In time, the series, set in a multicultural school in the north-west, could expand to the length of Shameless.

With only around seven drama series slots per year though, don’t expect C4 to look beyond this pre-watershed. Nevertheless, Wenger says that beyond Loaded and the Isis drama, there are “a lot of gaps” for 2017 right now.

“We’ve got three returning series for 2016, but whether they come back again depends on their performance, quality and freshness, and the desire of the writers to take those stories on. Beyond that, it’s a blank slate.”

8pm
Character-driven precinct drama that could expand into a bigger series – realistically, at most once a year (The ABC).

E4
Actively refreshing a slate with the next Skins, My Mad Fat Diary or Misfits. Highly authored pieces with a unique point of view: super natural dramas, or ideas exploring identity and technology (Kiss Me First, Aliens and Foreign Bodies). The holy grail: a new relationship drama for millennials.