Lucasfilm and Industrial Light & Magic (ILM) have announced the first release of an open source computer graphics exchange library and will discuss its potential this week during Siggraph. 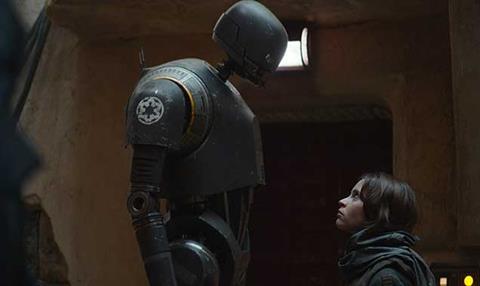 MaterialX is an open standard developed jointly by Lucasfilm’s Advanced Development Group and ILM engineers. It has been devised to allow the transfer of rich materials and look-development content between VFX and CG applications and renderers.

In a statement, the two parties acknowledged that there are currently high-quality options for exchanging scene hierarchies and geometric data between different tools, but argued that no “effective solutions” exist for exchanging rich material content.

They added: “MaterialX addresses the current lack of a common, open standard for representing the data values and relationships required to transfer the complete look of a computer graphics model from one application or rendering platform to another.”

Both Autodesk and Foundry have openly backed MaterialX and have contributed to the project, promising to add support in their digital content creation tools.

Jordan Thistlewood, senior product manager of look development and lighting at Foundry, said: “The possibilities for smoothing the transfer of look development information between our own applications is exciting. The broader principle of open source projects and multi‐vendor data exchange are important for the industry as a whole.”

Originated at Lucasfilm in 2012, MaterialX has been used by ILM in various feature films including Star Wars: The Force Awakens and Rogue One: A Star Wars Story (pictured). It was also used in the real-time immersive experience Trials On Tatooine.

The open source project is released under a modified Apache license.

The MaterialX team will host a “Birds of a Feather” meeting on Monday 31 July during Siggraph.