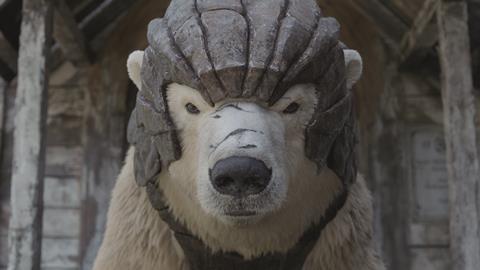 Cardiff has become a major centre for UK drama since the Tardis first landed – and with everyone pulling together, it can grow in factual too, says Clare Hudson

Behind an aspidistra plant at London’s Langham Hotel is an odd place for history to be made – especially Welsh history – but it was there, with my boss Menna Richards, then director of BBC Wales, that I sat down to tea with the inimitable Julie Gardner.

Our discreet meeting was to discuss what she could do if she came to run drama at BBC Wales. She did come, she brought Russell T Davies with her and the magic began.

Doctor Who landed in Wales, and s/he is still here. Casualty moved across the bridge from Bristol to Cardiff, and shows like Torchwood, Sherlock and Being Human were invented here.

When the BBC started to build new drama studios in the city, some even called it a “drama village”. Davies always warned against that, saying: “We’ve got to think bigger; never let people underestimate us.”

“There is now a wealth of excellent programmes across a range of genres being made in the city and the industry is a major employer. The hugely talented but unruly teenager that was the Cardiff creative sector 10 years ago is all grown up”

The transformation from production backwater to a major UK drama centre was the result of that refusal to accept the withering opinions of others, as well as the combination of stellar talent, dogged hard work and strategic vision. Government at both city and country level has also played a key part.

There is now a wealth of excellent programmes across a range of genres being made in the city and the industry is a major employer. The hugely talented but unruly teenager that was the Cardiff creative sector 10 years ago is all grown up.

Bad Wolf, the production company set up by Gardner and Jane Tranter, is busy making His Dark Materials – one of the biggest dramas ever made in the UK. Boom has just made its first network drama, 15 Days, for Channel 5.

Set in rural Wales with a largely Welsh cast and crew, the series builds on the indie’s existing slate of factual and children’s shows. A clutch of indies, new and old, are making their mark in factual on UK and international audiences.

But it isn’t just the scale of production that’s changed: indies here are now taking a longer view and building partnerships with the public sector, rather than just scrambling to win commissions.

Everyone has learned from setbacks as well as successes. Last year, the city went all out to win the coveted Channel 4 ‘creative hub’ status.

Cardiff Council put its weight behind the bid and brought together the whole sector – broadcasters, indies, the Welsh government and higher education – to create a compelling proposal. It was a blow when the bid didn’t win, but the council realised this collaboration was too valuable to ditch.

Now the steering group, chaired by council leader Huw Thomas, is tackling issues like talent – including the challenge of fostering a diverse workforce – and the development of scale in the factual arena. Partnership with Bristol is a key focus, and the group is keen to help C4 deliver on its promise that Cardiff will benefit from the Bristol Creative Hub.

Tranter said in her recent RTS Cymru Lecture that indies and government must work together more strategically to develop the talent and skills that the industry needs.

And she has put her money where her mouth is – Bad Wolf founded Screen Alliance Wales, which aims to create training opportunities for young people in South Wales. Broadcasters too are getting more organised: BBC Wales,

C4 and S4C are co-funding a new scheme to help strong factual producers make the all-important leap to being showrunners.

Excellent talent pipelines are key to delivering the ambition shared by indies and public bodies in Cardiff – for Wales to get a greater, and fairer, share of commissions from broadcasters and to bring more authentic voices and stories from Wales to screens across the UK.

We know there is something in the DNA here that will continue to make great things happen – the buccaneering spirit that Davies and Gardner ignited when they brought the Tardis to Wales.