Using foley to soundtrack the world of super small animals 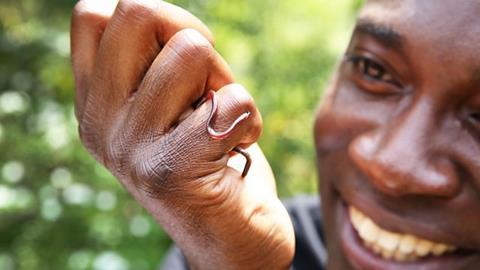 How it was done Foley artist Richard Hinton adopted a ‘hyper-real’ approach to the sound, make things larger than life and taking the soundtrack down a path the viewer might not expect. For the ants nest, he layered up textures and materials including straw, chopped up 1/4in audio tape and bubble wrap. Stretched balloons were used to mimic Lizard tongues, while a dried leaf crunched in the hands became the sound of an insect’s victim. Colourist Tony Osborne completed the grade using Baselight. The online was done by Martin Ralph. The dubbing mixer was Adam Palmer.