UHD studio space being offered to clients from mid-April 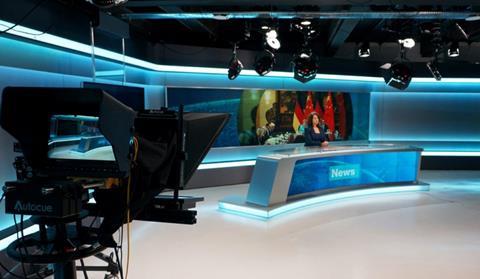 Central London dry-hire studio complex Celebro is putting the largest of its studio spaces – Studio B, a 2,000 sq ft facility – back up for hire. This follows a three-year contract with its previous occupant, Turkish broadcaster TRT World, coming to an end.

Studio B has undergone “extensive upgrades,” says Celebro, and will be available from mid-April. The studio has five robotic UHD cameras and a manned jib. It has different sets, a green screen and news desk, and potential space for audiences.