Phil Ventre joins as VP of sports and broadcast, and Ben Dair as head of product management 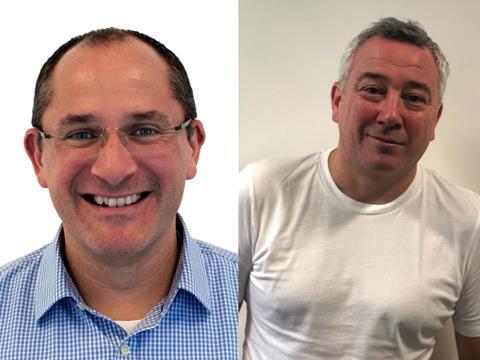 Augmented reality developer Ncam Technologies has appointed Phil Ventre as VP of sports and broadcast, and Ben Dair as head of product management.

Ventre (pictured above, right), who has worked for Apple, Avid, Ross Video and most recently AE Graphics, will lead the global business development and sales function for the sports, e-sports and broadcast sectors.

Dair has worked with companies including Quantel, Avid, Autodesk, Technicolor and most recently SAM as director of product management. He will lead the product management and cross-functional team to develop and deliver real-time capture, tracking and processing solutions for live broadcast AR graphics and pre/post-visualisation for film and TV productions.

Ncam CEO Nic Hatch said: “Phil and Ben are both exceptional additions to the Ncam team, and I have every confidence that their contributions will be invaluable to Ncam’s continuing success.”