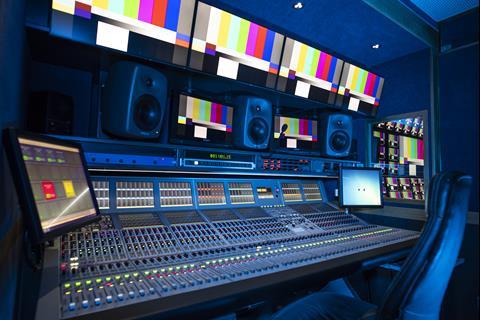 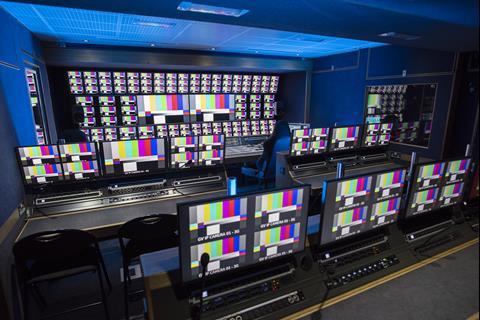 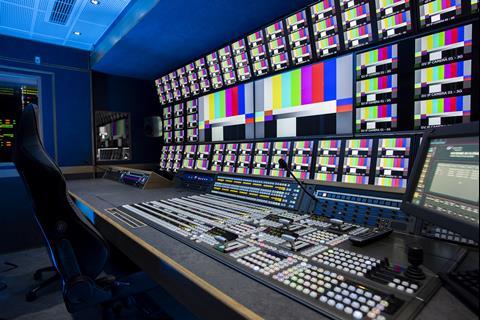 Arena has revealed its fourth 4K UHD-HDR IP-based outside broadcast vehicle, the OBZ. The truck is “very similar in layout” to its OBX and OBY vehicles and the technical design has once again been created in partnership with Grass Valley.

The OBZ is a ‘triple expand’ trailer, manufactured by UK-based coachbuilder ASGB. It has “one of the largest production galleries in the UK”, which seats up to 18 people; “one of the most spacious sound areas, with full Dolby Atmos monitoring”; a VT department for up to 14 operators; and a vision area for eight engineers.

The IP-based Grass Valley products inside the truck include an IP processing platform called GV Node, the K-frame X IP vision mixer and LDX-86N cameras. “The aim being to provide a glass-to-glass IP workflow,” says Arena.

The company launched its first full-scale IP-enabled outside broadcast truck back in 2016, which at the time was the first IP-based OB vehicle on the road. Arena’s full fleet of IP trucks now consists of OBX, OBY, OBZ and OB12.

Its fleet can work in 4K UHD and HD in both standard dynamic range and HDR. Arena’s aim now to master all shows in UHD-HDR with “clients free to multicast in formats of their choosing.”

OBZ has already been used for “some HDR tests” during the England vs Nigeria football match on 2 June at Wembley.