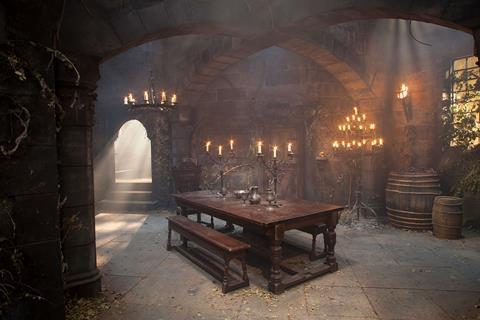 Aurora Lighting has invested in a range of new lighting kit specifically for the latest series of Channel 4’s The Crystal Maze.

In particular, Aurora invested in a range of low energy LED products for The Crystal Maze.

The scale of the set, created by series designer James Dillon at The Bottle Yard, Bristol, required a flexible lighting package that could both maintain ambient levels and shift easily between the moods created to accompany each specific area.

The crew installed a variety of automated fixtures including Martin MAC Viper Profile, Clay Paky Sharpy and GLP X-4s, which allow swift alterations between moods or the addition of colour and movement to assist in highlighting action. The crew also incorporated a number of Fresnels into the design, used to mirror the tungsten warmth of the original show.

Project manager Ben Taylor said: “Gurdip and the whole production crew have been wonderfully creative in building custom looks for each challenge zone that manage to reflect the feel of the original series but with a clever modern touch”.