New system means that Glasgow-based facility can now grade and deliver in 4K and HDR. 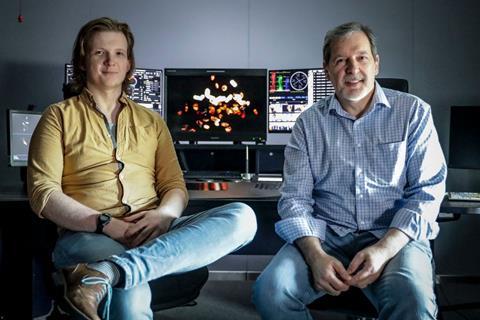 BBC Street, the in-house post-production facility at BBC Scotland in Glasgow, has installed a new Baselight system to upgrade its grading and finishing suite.

The new Baselight Two system means that BBC Street can now grade and deliver in 4K and HDR.

Colourist Tom Nicol said the new Baselight software would allow BBC Street to improve its client experience and broaden its potential customer base, and that it would encourage them to finish at the facility for grade, online, dub and delivery. “It also future-proofs us for new business requiring 4K/HDR grading and delivery.”

Fellow colourist Mike Trevett added: “We also use Baselight for rescue work if a production has had problems on the shoot, and some effects and compositing. Baselight Two has only made that work much easier.”

As well as the upgrade, BBC Street has also implemented render-free circular workflows on many productions, using Baselight for Avid plugins in multiple rooms. This means that editorial and finishing staff see the latest grade in context, and Avid editors can make tweaks if necessary without round-tripping the content to the grading suite — saving the need for extra transcoding and rendering steps.

Nicol believes that the approach is useful, especially as broadcast timescales can be very tight. “We can address more finishing requirements in the grading suite,” he said. “It reduces time spent on correction and matching sources, so more actual grading can take place – and in 4K/HDR.”