BBC trials Watch Together for Glastonbury

BBC iPlayer’s ‘Watch with friends’ makes it possible for you to watch sets from Glastonbury in sync with your friends. 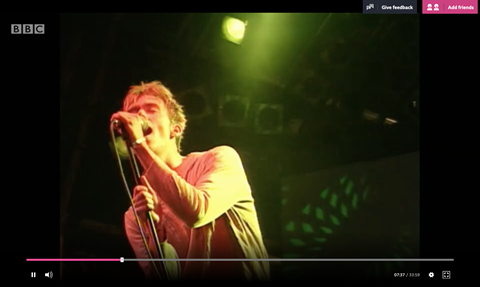 The BBC is trialling a Watch Together it’s rolled out on BBC iPlayer for its ‘The Glastonbury Experience 2021’ collection of archive content.

The ‘Watch with friends’ feature makes it possible for you to watch sets from Glastonbury in sync with your friends.

The function is available through the online version of BBC iPlayer. A ‘Watch with friends’ button is shown on-screen under any programme from The Glastonbury Experience 2021.

Once clicked, it generates a link you can share with friends, which then makes it possible to play, pause and rewind sets in sync with each other.

Unlike the Watch Together features offered by the likes of BT Sport and Sky Sports, the BBC iPlayer ‘Watch with friends’ simply shows icons indicating how many of your friends are watching with you. You can’t see them or interact with them via iPlayer in any way.

More than 50 full sets from the BBC archives are streaming on BBC iPlayer, including Radiohead in 1997 and Pulp in 1995, Kylie Minogue’s legends set and Stormzy’s 2017 Other Stage set. 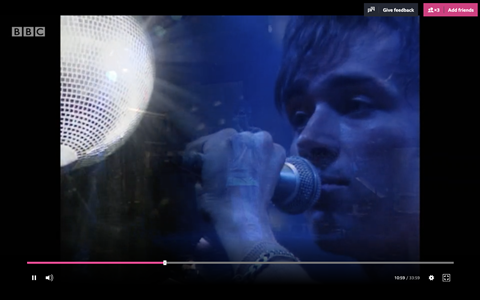 This trial of the ‘Watch with friends’ button is part of BBC Research & Development’s work on BBC Together, a tool initially developed and released on BBC Taster during the early part of the first lockdown in 2020.

Dan Taylor-Watts, director of product and systems on BBC iPlayer and BBC Sounds said: “As there’s no Glastonbury on again this year, our ‘Watch with friends’ feature will still enable music fans who want to get together virtually to enjoy amazing classic sets from years gone by, and the brilliant new Live at Worthy Farm performances.” 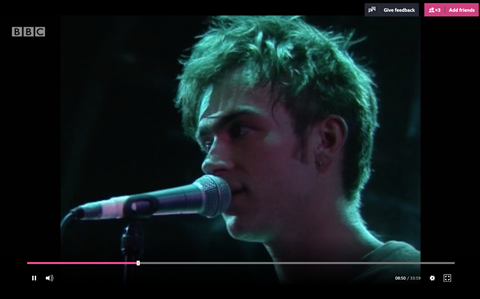