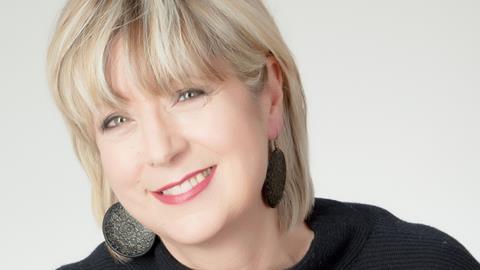 Aviles, who has 25+ years industry experience, has been employed by Bristol City Council to manage both The Bottle Yard Studios and Bristol Film Office.

She will oversee the delivery of Bristol City Council’s filming strategy, promoting Bristol as a filming location with a consistent offer made up of studio filming at The Bottle Yard and Bristol Film Office’s logistical support for productions on location.

Aviles began her career at ITV working in film and television production and operations management, before moving to Tigress Productions and then BBC Bristol, where as production manager she delivered content for a range of major commissioners and channels.

In 2011 she joined BBC Earth Productions, a subsidiary of BBC Worldwide, as senior production manager before becoming head of production in 2015.

In 2018 she moved to Bristol-based Mustang Films where as head of production, her credits included the China’s Greatest Treasures series, a co-pro commission with China’s state broadcaster, CCTV.

The Bottle Yard Studios reopened for production in mid-June after publishing its Covid-19 site operating procedures.

The Bottle Yard’s first Netflix booking was confirmed earlier this month – the 10-part children’s sci-fi series The Last Bus, which is being produced by Bristol company Wildseed Studios.

Also forthcoming at the studios is Emily Mortimer’s BBC One adaptation of Nancy Mitford’s novel The Pursuit Of Love starring Lily James, Dominic West, Emily Beecham and Andrew Scott, which has begun filming in the Bristol and Bath area.

Aviles said: “Having built my production career in Bristol producing content for many different commissioners and channels, I’ve worked with and witnessed the skills and professionalism of Bristol crew and facilities companies first-hand. I’ve watched the city’s reputation for filming rise, due in no small part to the hard work of the small teams at The Bottle Yard Studios and Bristol Film Office.

“With production gearing up across the UK, my focus is firmly on ensuring that as a unified film team we can continue to build on past successes, to benefit Bristol’s crews, supply chains and partner businesses.”

Cllr Craig Cheney, deputy mayor for finance, governance, performance and culture, added: “I welcome Laura to the team and look forward to working with her to build on the successes of The Bottle Yard Studios. The film and TV sector is one of Bristol’s fastest growing business areas and the studios play a vital role in this growth. As we drive the economic recovery of the city both the studio and the industry will be crucial to securing jobs and investment in Bristol.”