Honouring the rising stars of the industry 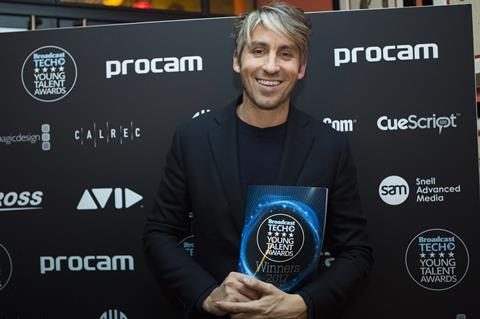 A 27 year-old VFX artist who worked on George Michael’s Freedom documentary and a facilities director who was a runner just four years ago were among the winners at the 2017 Broadcast TECH Young Talent Awards, sponsored by Procam.

The VFX artist, Ollie Ramsey from Coffee & TV, was handed the Special Achievement award while 27 year-old Kate Higham of Splice Post Production picked up the Women in Tech award for her meteoric rise from entry-level position to senior management.

Director and songwriter David Austin, who worked with Ramsey on Freedom and also presented him with his award on the night, said: “Throughout his career, George Michael always set the bar high both musically and visually. Perfection was the benchmark and inviting Ollie into our close creative team was no small task for him or us. Ollie’s contribution exceeded our expectations in every way.”

Higham was one of two winners from Splice with the company’s systems engineer Jack Howells named as Best Young Engineer.

Framestore also picked up two awards as Catherine Pavitt was chosen as Best Young Producer and developer Alex Perry was handed the Procam Award for Excellence.

The winners were announced at London’s Ham Yard Hotel on Wednesday 1 November.