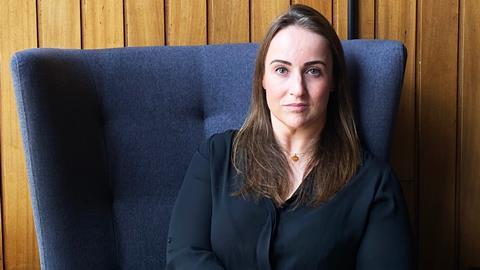 In her new role, Sheppard will lead all aspects of production and post-production at Twickenham Studios, and develop key relationships with UK as well as Hollywood and wider international clients.

She will also grow the focus on investment in films, grass-roots talent, education partnerships and the studio’s diversity and inclusion programme.

During her time at Warner Brothers De Lane Lea, Shepperd brought in key talent including Asa Shoul and Peter Doyle, and led the post house to win Best Production House at the 2019 Screen International Awards.

Sheppard said: “I’m delighted to be joining the world-renowned and highly awarded film and TV studios. I want to evolve Twickenham Studios into a future-focused, multi-discipline studio aimed at UK, US and wider international clients. I will be focused on our creative offering; the acquisition and development of the industry’s best talent. At such an important time for film and TV, I am truly excited about our plans for Twickenham and look forward to the journey.”

Twickenham Studios is operated by Time+Space Studios, which acquired the facility earlier this year. The company’s managing partners, Piers Read and Jeremy Rainbird, said: “We are thrilled to attract someone of Cara’s calibre. [She brings] vision, energy, creative direction and client focus. We share Cara’s vision to establish Twickenham Studios into a major tech and innovation hub hosting world-class production in the UK.”

Twickenham Studios chairman Sunny Vohra added: “When we met Cara, we knew she was exactly what the Twickenham Studios needs to take this business and further grow its commerciality. She is a strong entrepreneurial and commercial leader with over 15 years’ experience in post-production – such a background will ensure the continued success of the company.”