The VFX house has announced four new heads of department 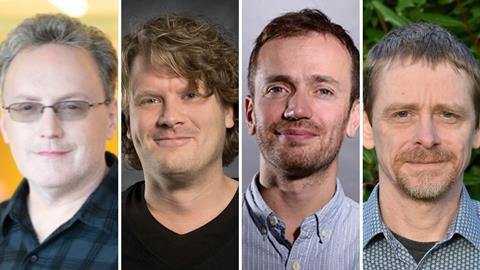 Cinesite has made a series of appointments to strengthen its global technical team.

Driskill joins Cinesite from Blue Sky Studios. He will be responsible for leading the CG supervisors as well as shaping the workflow and working practices for Cinesite’s feature animation teams. Driskill has more than three decades of experience. His CV includes a 20 year stint at Walt Disney Animation Studios as part of the studio’s leadership, serving as technical supervisor on films such as Bolt, Big Hero 6 and Moana.

Meanwhile, Voss takes on the new role of group head of CG for visual effects, where he will focus on leading the vfx workflow and tailoring Cinesite’s pipeline to meet the needs of VFX production. The Emmy award-winner has worked at Cinesite for 17 years.

Savenko also moves into a new, expanded position as group head of production technology, where he will be leading pipeline development strategies across the group.

He began his VFX career with Cinesite in 2003.

Smith joined Cinesite in 1996 and has worked for the studio periodically for many years while co-owning an independent support business working for a wide range of TV and Film VFX houses.

He returned to Cinesite in 2017 and, in his new group-wide position as head of infrastructure technology, will be responsible for spearheading a unified approach to core infrastructure design and deployment in VFX and feature animation divisions.

Cinesite CTO, Michele Sciolette, said: “I am very excited to welcome Hank to the Cinesite team and to announce the well-deserved promotions of Holger, Alexander and Danny, who have made major contributions to Cinesite over several years through their dedication, vision and teamwork.

“In recent years we have been working to integrate our studios to give our clients the ability to tap into integrated global capacity, technology and talent anywhere in the world, while offering a high-quality local experience. This new group-focused leadership team will shape and implement our strategy in collaboration with the exceptional talent in each one of our studios.”

Cinesite and sister companies Image Engine and Trixter are currently in production on Fantastic Beasts 3; Space Jam: A New Legacy; The Suicide Squad; The Witcher S2; The Addams Family 2; Respect; The North Water; Blazing Samurai; Hitpig; and Shang-Chi and the Legend of the Ten Rings.