From coming in at the pre-production stage on a film shoot to creating an intimate setting through light and sound, Jake Bickerton looks at some of UK post houses’ best recent work

Blazing Griffin’s team worked on the project in collaboration with Automatik, which did the VFX. They were both involved from the pre-production stage and members of the post-production team also attended the shoot in Mexico.

Blazing Griffin executive head of post production Charlotte Walsh says: “The line between creativity and technology blurs more these days than it used to and having post-production input right from the start, especially when there is a lot of VFX involved, makes a much smoother process for everyone and allows the production to maximise its resources.” 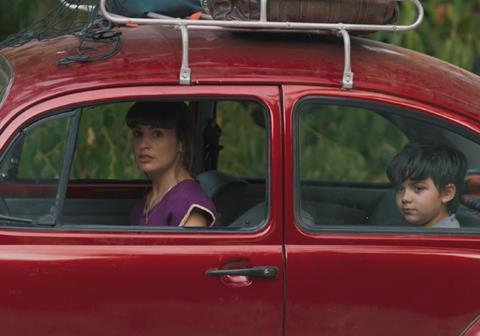 Working to a tight schedule, two editors were used. Offline editor Berny McGurk says: “The fast turnaround of 10 weeks from assembly to picture lock necessitated two editors. We both had misgivings about how we could make it work. We decided that serving the story was the priority and straight away we were passing scenes back and forth freely for each other’s eye to make the movie punch at its best.”

The biggest challenge in the grade was having members of the team working in Glasgow, Prague, Mexico and the US. Colourist Colin Brown uploaded grades for the team to review on Frame IO.

He says: “I always group scenes in DaVinci Resolve 17, so after smoothing out the shots at the clip level to get them to match, I could then quickly change the creative looks at the scene level. This also meant it was easy to swap out looks based on the feedback from the team.”

Netflix one-off doc The Tinder Swindler follows the exploits of a fraudster who used Tinder to meet women, conning them out of millions of dollars. Molinare provided full postproduction services on the project.

Director Felicity Morris, who had previously worked with the factual audio team at Molinare as producer on Don’t F**k With Cats: Hunting An Internet Killer, wanted a high-class, authentic audio soundtrack that would complement the documentary’s feature-film style. The audio had to be sympathetic with the subject matter, but impactful and dynamic in scenes that warranted it.

A full dialogue editorial along with foley and sound design was completed by Molinare’s factual audio department before the film was final mixed in Dolby Atmos format by head of broadcast factual sound Greg Gettens.

The grade was completed by senior colourist Ross Baker. The brief from Morris and DoP Edgar Dubrovskiy was clear: they wanted an intimate, romantic, fairytale-like feel for the interviews.

Morris wanted to place the audience at the table with the contributors as they recounted their experiences. Dubrovskiy was keen to achieve this look with the available light, using as little additional lighting as possible. Contrasting with the contributor interviews are those from the journalists who helped bring down the fraudster.

These interviews were shot at various locations. Morris wanted these all to feel harmonised and have a distinctive style, in contrast to the main set-up.

Dubrovskiy shot on the Red Komodo. The aim was for the grade to follow the mood of the contributor’s recollections. Bright and vibrant colours are used at the start but as the fraudster’s true motive unfolds and the romance subsides, the scenes begin to take on a darker tone.

Another key part of the grade was to bed in the social media and text message posts, which assist in driving the story. Controlling the luminance and softly vignetting these maintained consistency with the interviews and reconstructions, which was vital to ensure they flowed into one another.

Early on, it became clear that while motion capture was good for capturing large amounts of data in real-time, it didn’t lend itself to the style and artistic direction that the new branding needed. So Ghost VFX moved to a more traditional animation pipeline that allowed for the level of fi nessing and fl exibility the project required. 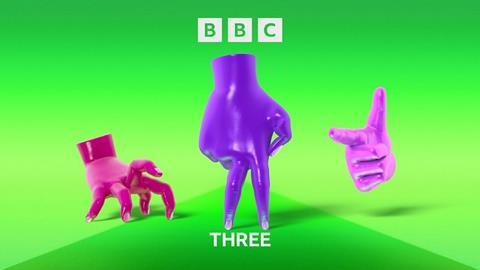 The team of artists led by creative director Matt Richardson and senior VFX producer Hannah Entwistle worked with The Farm Group post-production team to deliver a catalogue of idents and graphic beds to suit all scenarios. Farm dubbing mixer Neil Haggerty mixed the idents using ProTools, supplying sound design to highlight the actions of the hands and help develop the characters.

The brief for the Dancing On Ice trailer was to keep it fun and socially relevant to today’s multimedia internet culture. Director Claire Norowzian worked with Lucky Cat’s Jonathan Myers to edit and create the visual spectacle.

The ice dancer moves between different surreal worlds as he skates across the ice using a combination of stock footage and graphics, from under the sea to 8-bit and into the skies. Myers created the 8-bit scene from scratch. 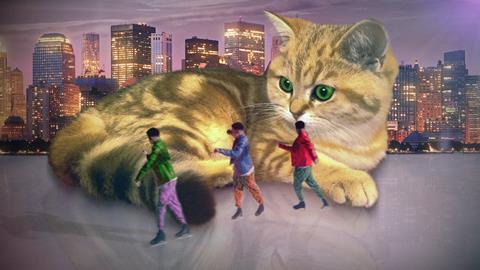 A lot of rotoscoping was required, and the challenge was to bed the dancer into the different scenes so it looks naturally ‘unnatural’. Myers worked on both the offl ine and online to keep focus on the director’s vision. The job was created and designed in Flame by Myers.

For the audio, the brief was to play with the music track, while using realworld sounds. Audio operator Craig Budd used a mixture of abstract sounds and foley. He pulled the abstract sounds to the forefront while putting the real-world sounds back in the mix to strike a balance between the obvious and the absurd.

Everton’s task was to maintain the feel associated with The Apprentice while technically enhancing the picture as much as possible. He says: “The online process involved stabilising, painting, cloning, de-noise, rotation and other enhancement work. Most of the handheld camera footage required some stabilisation, just to smooth out the bumps, while leaving it still looking ‘live’ and handheld.” 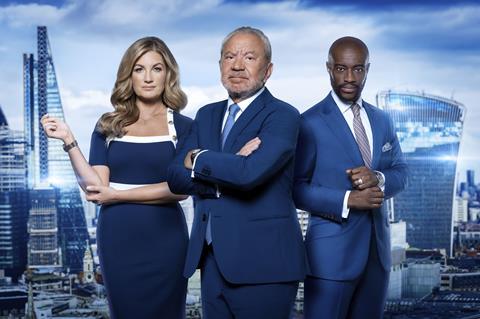 He adds: “I used a range of stabilisers – from the Avid auto-stabiliser through to BCC Optical Stabiliser, for trickier shots with unwanted rotation. The paint and clone tools were used to remove extraneous items from shot, such as booms and crew, and to remove or disguise unwanted refl ections and shadows.”

Once Everton completed the online, he watched the whole thing through again with executive producer Paul Broadbent, noting any shots that required further work.