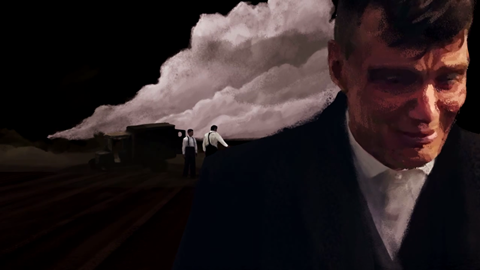 Brief To create an animated recap of the first three series of Peaky Blinders in advance of the new series.

How it was done The animation aims to recap on all three series of the hit BBC2 drama and was made by creative production agency Liquid to connect important and memorable moments. The painterly style was created in Photoshop and based on imagery from the show. The artworked scenes and characters were composited into 3D space so a camera could be animated through the moments frozen in time and transition neatly from one to another. The artwork was created by Harry Handyside, Shyam Vyda, Tim Varlow and Thomas Sharp. Vyda and Handyside also did the animation, and the latter was responsible for the edit and sound.