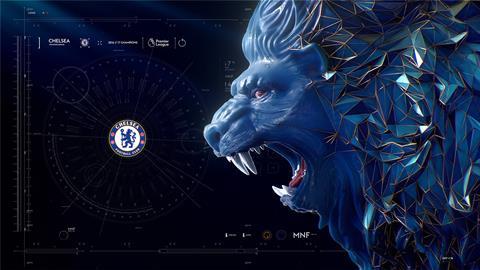 Brief Depict each of the Premier League’s 20 teams in a futuristic style.

How it was done Directed and copy-written by creative production company Gotgotneed’s Will Innes Smith for Sky Creative, the 40-second sequence revolves around effects created by Sky’s visual effects team, supervised by lead Justin Bates. To create the titles, several layers of 3D animation were forged together in Nuke, and 2D analytical data effects added to create a new look for each team, based on its nickname or other details well known to football fans. The spot took three months to produce. The creative directors were Ceri Sampson and Justin Bates. Jessica Vile, colourist at Framestore, completed the grade.