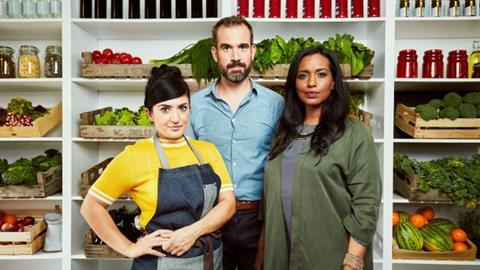 The pre-pack administration deal includes various assets, its trade, the lease on Crow TV’s Shepherd’s Bush facility and around 15 staff who were transferred via TUPE (Transfer of Undertakings Protection of Employment). No financial details were disclosed.

They will be aided by former Sequence head of post and Envy business development manager Kabir Jutla, who joined in August. Jutla will concentrate on the Rapid Pictures side of the business.

Carden said: ‘We have admired Crow for a number of years and share a number of high-profile clients. Rapid has been fully booked for the past two years so we needed to find additional space to move into.”

Crow TV’s Birmingham facility is included in the deal but no decision has yet been made about the future of the site.

Westside Post Production, trading as Crow TV, was put up for sale in August and appointed accounting and consultancy firm RSM Restructuring Advisory to find a buyer.

Damian Webb and Phillip Sykes of RSM were appointed as joint administrators of Westside Post Production on 27 September following what was described as a “challenging period for the business.”

Westside’s trade and certain assets of the business were sub-sequently sold in a pre-pack deal to two new companies set up by Rapid Pictures.

Webb said: “We are pleased to have completed this transaction within a tight timeframe, as it ensures continuity for customers and safeguards local jobs.”

Crow TV’s credits include Chalkboard TV’s Life Behind Bars: Visiting Hour and Little Gem’s How To Lose Weight Well (pictured), both for Channel 4, and Flame Television’s The Nightmare Neighbours Next Door for Channel 5.