New plans will no longer include Pacifica Ventures, the preferred bidder to build and run the studios 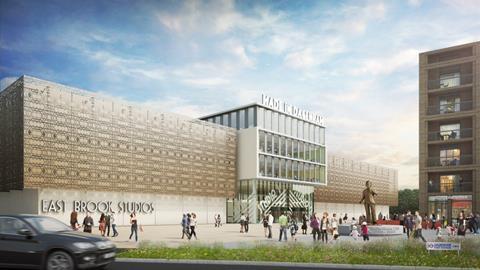 Plans to build a major new film and TV studio complex in Dagenham have been delayed.

Be First, Barking and Dagenham Council’s regeneration company spearheading the project, has parted ways with Pacifica Ventures, which was selected last year as the preferred bidder to build and manage the studios.

The proposed Dagenham film and TV studios were originally given the green light last year, with £100m set aside to create a studios and entertainment complex covering 22-acres, including 12 sound stages, a major events centre, VR and 3D attractions and retail and dining outlets

Be First has now announced new plans to deliver the film studios in Dagenham.

The proposals, which were given the go-ahead by local councillors last night, are for Be First to design and seek planning permission for the film studios on the same site.

The Council will then either look to build the studios itself or to work with another company to build and manage the studios.

Pat Hayes, Be First’s managing director, said the new plans will no longer include Pacifica Ventures, whose exclusivity period as a preferred bidder has elapsed.

Hayes said: “We move on to the next stage in this exciting journey of making Dagenham as famous for films as it was for Fords.”

“Pacifica told us they were finding it difficult to deliver their plans due to uncertainty over the UK leaving the European Union.

“But what is not in doubt is the viability and demand for studio space in the UK which remains sky high, and that is why I am convinced there will be plenty of interest from parties who want to make sure movies will be Made in Dagenham.”

Be First will now progress design work, and continue discussions with potential operators, investors and joint ventures and submit a planning application in the New Year.

Adrian Wootton, chief executive of Film London and the British Film Commission said: “I’m delighted that the proposals to move forward with the designs for the Made in Dagenham studios have been agreed.

“UK film and high-end TV production is enjoying a sustained and exceptional boom time, contributing billions to the economy each year, and it is crucial that we capitalise on this by continuing to develop our world-class infrastructure and provide access to as much purpose built studio space as we possibly can.

Pacifica Ventures has previously designed, developed and built large-scale film studios including the Albuquerque Studios in New Mexico and the Sun Center Studios outside Philadelphia, Pennsylvania.