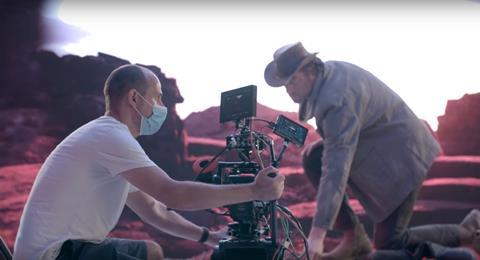 Dneg has partnered with volumetric production studios Dimension Studio to enhance its virtual production services, enabling final shots to be captured in camera, without the need to replace the backgrounds in post-production.

The technique fuses game engine expertise, LED display technology, visual effects and pre-production processes, and is helping film and TV content creators to overcome the impact of the Covid-19 pandemic on production.

Directors can make real-time decisions and changes to the environment on the LED screens, updating in real-time as the camera moves. Utilising the technique, productions are able to move from one convincingly detailed and photo-real environment to another without leaving the stage.

The video below showcases what is possible. Dneg has recently run a similar test shoot with director and showrunner Baran bo Odar