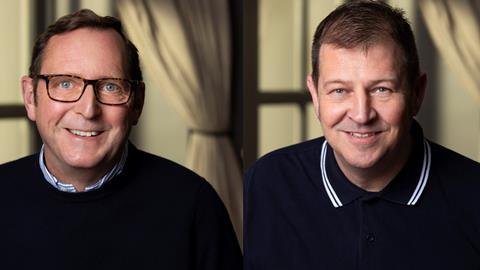 Evolutions has invested £200K expanding its Flame facilities and hiring three editors to bolster its offering for high-end documentary makers.

Former head of editing at Molinare, Des Murray (pictured above right), joins as senior Flame artist. His credits include Netflix’s Don’t F**k with Cats: Hunting an Internet Killer and Memories of a Murderer: The Nilson Tapes, as well as the BBC’s The Trials of Oscar Pistorius and Football’s Darkest Secret. Murray will be based at Evolutions’ Sheraton Street Facility.

Finally, Afzal Ali also joins Evolutions as an editor. Ali’s credits include the BBC’s Don’t Tell The Bride, MasterChef and TLC’s Most Extreme. Ali was freelance, and prior to that worked at Molinare.

Simon Kanjee, CEO of Evolutions, said: “We are thrilled to continue the expansion of our team with these incredible new additions. Our growth in high-end documentaries represents a new era for us at Evolutions, and we are proud to have such a strong line up of talent to kick-start this for us this year. In addition, our new Flame facilities are demonstrative of our commitment to our new talent and our continued development as an industry leading force in the post-production space.”