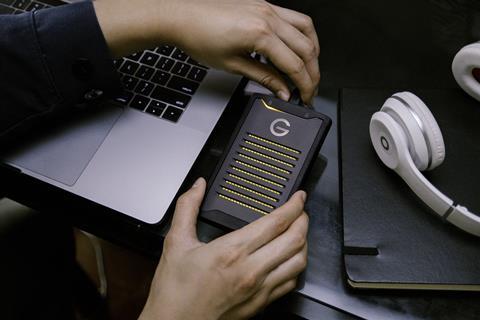 Hard drive manufacturer Western Digital has released the first in a series of drives built around its new ArmorLock security platform.

The device – the G-Technology ArmorLock Encrypted NVMe SSD – is a rugged external drive typical of those used extensively on location. Where it differs is in the way it ensures the files stored on it are only accessed by those with the security clearance to do so.

The drive has Western Digital’s newly created ArmorLock data encryption platform that requires anyone attempting to use the drive to unlock it using the ArmorLock iOS app.

The app is simple to use, and doesn’t require any passwords. It instead works on a key exchange that pairs individual drives to individual apps.

The user unlocks the device wirelessly with their phone, using face recognition, a fingerprint, or the phone’s passcode, ensuring lost passwords don’t cause missed deadlines.

The ArmorLock system enables drives to be shipped safely between different locations and users in the knowledge that if the drives are intercepted or lost, the content remains inaccessible. 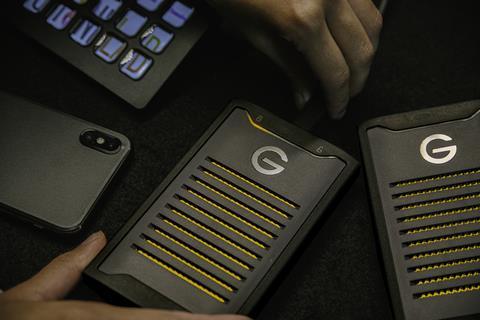 Western Digital sent a review copy of the drive to Broadcast. A video review will be uploaded later today, but, to summarise…

The process of getting the drive to work is very straightforward, once you’ve installed the ArmorLock app, which then provides the ability to format and unlock the drive.

This can be done through pressing the unlock button alone or with the addition of touch or facial recognition ID.

An LED on the drive then indicates it as unlocked and the drive is ready to use.

That’s pretty much it in terms of the day-to-day use, although the app enables a number of additional features, including the option to show the location of where the drive was last used.

You can also use the app to authenticate additional users, or add additional ArmorLock drives to your setup. You’re able to colour code and rename each drive, if you have multiple drives logged under the same app.

The app is currently only available on iOS but an Android version is due soon, says Western Digital.

The drive is capable of up to 1,000 MB/s read and write (via a SuperSpeed USB 10Gbps port), and achieved figures close to that in independent speed tests.

It has a heat dispensing aluminium core to prevent it from overheating, and is a typically robust-looking G-Tech drive.

During a press conference to announce the ArmorLock technology, Ruben Dennenwaldt, senior manager EMEA product marketing, Western Digital, said: “We’ve been working on ArmorLock a really long time, to create a revolutionary security platform. It provides cutting edge data protection that’s super simple to use. We re-engineered the security key management algorithm, and made passwords a thing of the past.”

“We’re planning to roll out ArmorLock to other products and Western Digital brands, including SanDisk, but we can’t disclose any additional information about that today. We’re also making the technology open source so third-party products can use it. It could be used for all sorts of applications, including around the smart home too. On the Western Digital side, more products will be announced relatively soon.” 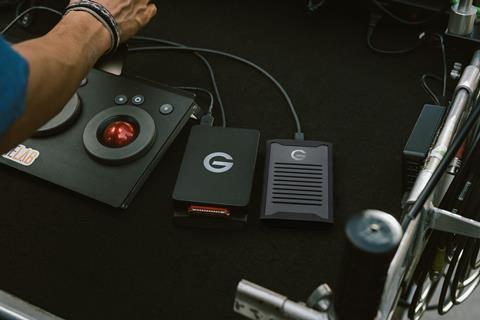 • Track the last known location of the drive on a map