Five awards for GoT including best photoreal episode 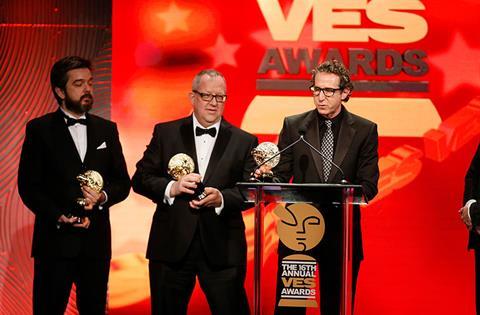 Games of Thrones was the big winner at last night’s Visual Effects Society (VES) Awards in Beverly Hills, picking up the gong for the best photoreal episode and garnering five awards in total, the most wins of any show or film.

Joe Bauer, Steve Kullback and David Ramos (all pictured) and Chris Baird and Sam Conway were honoured in the Outstanding Visual Effects in a Photoreal Episode category for Game of Thrones; Beyond the Wall, the penultimate episode from series seven.

The Award for Outstanding Virtual Cinematography in a Photoreal Feature went to Guardians of the Galaxy Vol. 2 for Groot Dance/Opening Fight. London’s Framestore was one of the VFX companies that worked on that film and was influential in the making of that sequence.