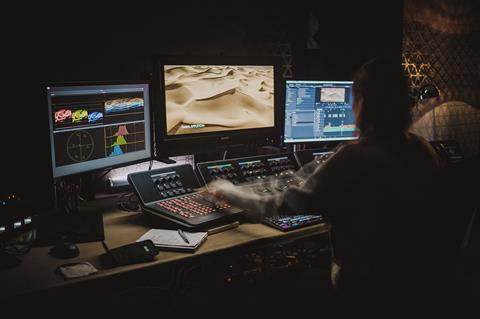 Gorilla Group built the system after being asked to grade six part drama Traitors for Channel 4 and Netflix in collaboration with Goldcrest Post’s Jet Omoshebi.

Gorilla Group managing director Richard Moss said: “Traitors was our first time working in Dolby Vision, and we aimed to replicate Jet’s setup at Goldcrest to facilitate the process as much as possible. Since building the crate, it has become our IMF delivery transcoder box also.”

Moss added: “It’s a steep learning curve learning to deliver through the Netflix IMF workflow, and so we worked closely with Dolby and Netflix’s colour science teams to implement an ACES colour pipeline.”