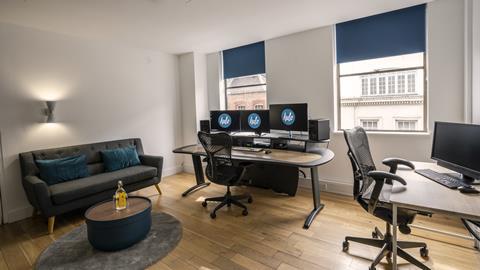 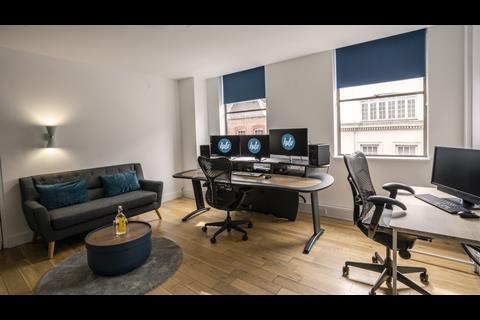 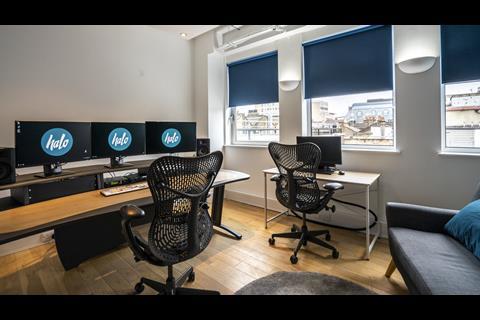 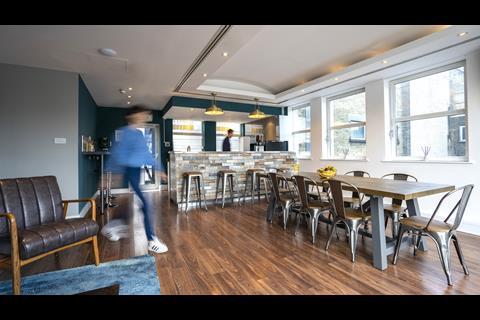 Halo has opened its third major Soho post-production facility, initially taking on two floors of 37 Dean Street to accommodate 15 offline suites and a 4K finishing room. The longer-term plan is to take over the entire building.

The new office is in addition to Halo’s HQ on Noel Street. It also runs a 12-seat offline building on Brewer Street, which opened two years ago, and a small overspill facility, also on Noel Street, that houses a number of offline and finishing rooms.

Dark fibre connects all the different Halo buildings, and while the offline rooms at 37 Dean Street have local hardware, Halo has virtualised the 4K finishing room, with the hardware and storage back at its ‘data centre’ on Noel Street.

Halo head of operations James Cregeen told Broadcast: “Our ambition is for Dean Street to be fully virtualised at some point in the future. We did a refit of the power, data and fibre in all rooms, and can spin up additional rooms very easily and quickly. We’ve built in flexibility to enable us to adapt with our business requirements.”

Halo commercial director Will Garbutt added: “Any of the offline rooms here can be turned into additional finishing rooms, and our 4K online suite is switch­able between Avid Symphony, Autodesk Flame and Digital Vision Nucoda.”

Halo opened the facility on 1 April and some of the suites are already housing clients. However, the finishing touches are still being made. “They are doing the stairwell at the moment and we should be fully up and running within two to three weeks, when things like the roof terrace will be completed,” said head of business development Matt Locke.

Halo’s new office is located at a familiar address within the post-production sector, having been the home to the VTR Group and then Prime Focus, until it closed shop in 2015. More recently, part of the building was used by post house Edit Spaces.

Garbutt said: “Quite a few Halo folk worked here previously and we’ve been keeping half an eye on the building since Prime Focus left. It feels like it was built for post, and the location is unbelievable, right in the central hub of Soho.”

He continued: “We approached the owner in February last year, as we wanted to find somewhere more permanent to house our overspill work. But at that time, they wanted someone to take on the whole building, so we had to walk away.”

Locke said it’s very likely Halo will, over time, consolidate some of its other facilities beyond the initial two floors and into the rest of the Dean Street building.

“We can’t move our facilities from Noel Street – Studio One [a cinema-scale audio theatre] is our jewel in the crown and we couldn’t replicate that room anywhere else in Soho. Instead, we’re planning to keep Noel Street and take over the whole of the Dean Street building.”

He added that the plan is to exit the Brewer Street offices in favour of Dean Street and Noel Street.

Halo was the winner of Best Post-Production House at the Broadcast Awards 2019. It works across feature films and TV drama, specialist factual, light entertainment and comedy, and its recent credits include Stan & Ollie, Bros: After The Screaming Stops, Sunderland ’Til I Die and Selection Day.