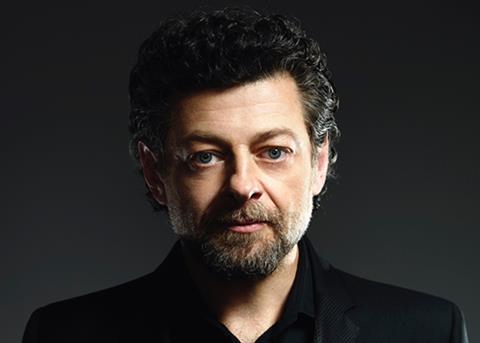 Andy Serkis is to receive the IBC2019 International Honour for Excellence.

The director, producer and actor is best known for his performance capture roles as Gollum, Supreme Leader Snoke, King Kong and Caesar in the Planet of the Apes series. Serkis’s London-based company Imaginarium Studios also produced last year’s Mowgli, Legend of the Jungle.

IBC said Serkis is being presented with the award for bringing together the highest performance standards with the latest in image recognition and CGI technology. Serkis will accept the award at the climax of the IBC2019 Awards Ceremony, on Sunday night.

“IBC is where the technology, the craft and the business of the media industry come together,” said Michael Crimp, CEO of IBC. “The International Honour for Excellence has a long history of rewarding those who have transformed our creative vision. Andy Serkis has achieved this by bringing extraordinary humanity to computer-generated characters.”

Serkis said: “I feel incredibly honoured to have been chosen as the recipient of this year’s prestigious IBC award. “In turn, I must share this appreciation with the phenomenal legions of creative artists, visionaries and pioneers with whom I’ve been lucky enough to dance with on this journey of next generation storytelling.”

Earlier in the day, Serkis will feature in an IBC2019 Conference Convention Keynote.